There’s no need to lament the British Summer when there are such beautifully bright and abundant recipes in the world as this Thai dipping sauce otherwise known as ‘Nam Pla Prik’, a bold and powerful indulgence for your senses.

The Joys of Summer.

I stare out of the window on this summer day, the day before the solstice, the day before the longest sun rises over the glorious plains of Albion, shining new, fresh light into all those who dance under it’s rays, pouring energy fourth and transforming the worlds of those under it.

But instead of such glorious imagery, it is indeed a loathsome, cloudy, grey, wet, summer’s day. I should know better by now, I’ve lived in England for every single one of my 38 years of life to date, and apart from 2013 I struggle to remember a summer that could be in any way termed as idyllic. I even get annoyed when other people moan about summer weather, because, duh, it’s England, it’s meant to rain in the summer. It might be this weather experience which fosters our national enjoyment of disappointment, growing up learning to be slightly disappointed with life, through our experiences of summer holidays as children. 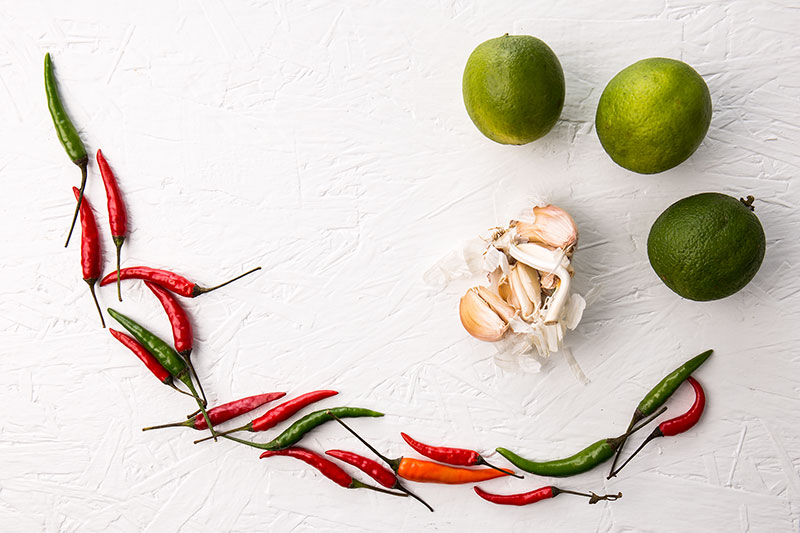 I Know a Place Where the Sun Always Shines.

However, I say screw the weather, just because it’s raining doesn’t mean we can’t enjoy our food and there’s one certain way to liven up a dull meal or dinner table and that’s with thai food. I’ve visited Thailand on several occasions, I’ve always having been fascinated by the food. One of my earliest Thai ‘wow’ moments was sitting on a beach on Koh Samui in 2000 when a friend of mine hastened over a beach trader and asked for ‘Som Tam’. The guy proceeded to get out his pestle and mortar and produced a little tray of this simply awesome dish, a little salad of such beautifully fresh papaya, beans and tomatoes with such amazing brightness of flavour that it’s been etched into my psyche ever since.

It was so fantastic that I even got a photo of the man, I needed a memento of the person who really introduced me to Thai food. 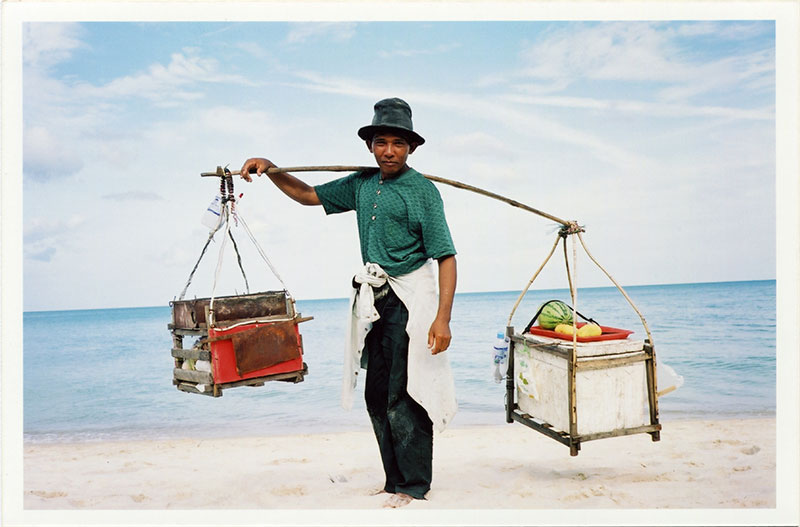 P.S. if you’ve never had Som Tam, then it really is a treat that you should seek out or make, I feel it’s Thai food defined.

What that beachside Som Tam also did for me was introduce the combination of fish sauce, lime juice, garlic, chilli and palm sugar. It’s a rare example of a list of ingredients which many of are examples of powerful flavours, yet they all intermingle with such brilliance, it’s just addictive. These ingredients are not only the basis for Som Tam, but they are also the ingredients for a simple thai dipping sauce, known as Nam Pla Prik. This is something you can just have hanging around, chillin’ on the table, just ready to leap forward and breath fire into whatever you’re eating.

It really is simplicity to create, just mix the ingredients together, nothing more, it’s just done. I hope this isn’t ‘TMI’, but I have honestly started to salivate just typing this, and it’s only 8am in the morning. It’s a long time until lunch. 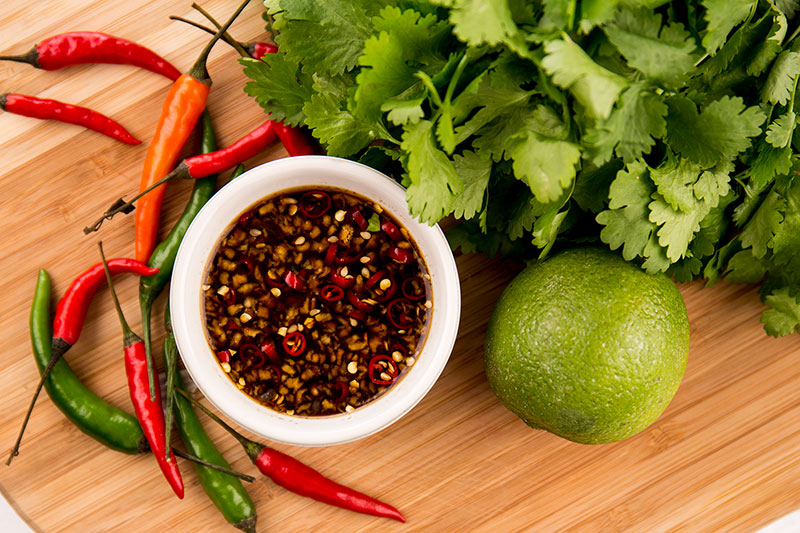 The Most Simple and Quintessential, Thai Dipping Sauce.

This sauce is great to accompany Thai food but it adds a kick of flavour to the most simple of side salads, you could use this is a thai salad dressing over some simple leaves or a few crunchy vegetables mixed up together. It’s a fantastic dipping sauce to go with your spring rolls next time you get a takeaway, or just pour it over some grilled prawns. I might even try soaking some tofu in it, see if the tofu sucks up that delicious flavour… mmmmmm. This also goes amazingly with Vietnamese Summer Rolls, which is another recipe coming up soon on this very blog.

So, here’s the recipe, I would say I hope you enjoy it, but there’s no need, it’s got ‘WIN’ written all over it. 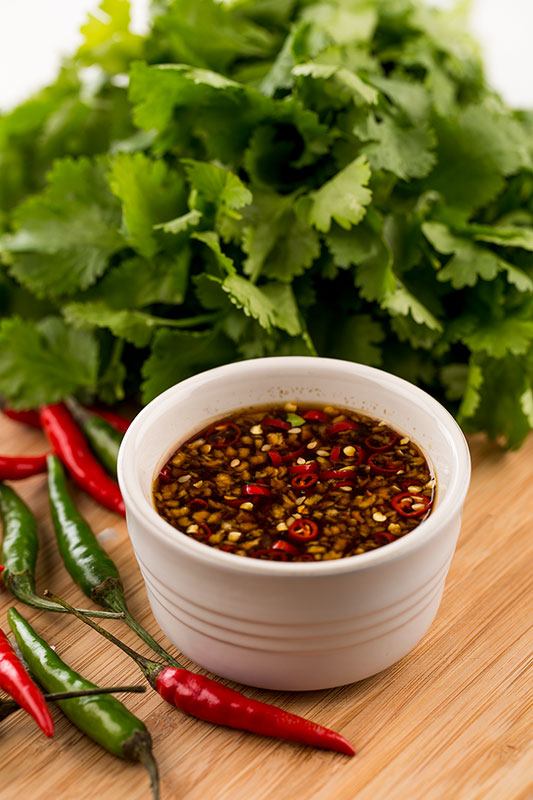 Serves 4
Takes 15 minutes
Uses a knife, chopping board and bowl

If you don’t like it too hot, then remove the seeds from the chillis.

Put everything in a bowl and mix together. Serve.