Gavin is a founder, consultant, content creator and writer from London, UK, who’s helping the world learn more about food.

His background in media has seen him photographing food around the world for the likes of National Geographic and writing in the national press. Today he helps organisations develop their strategy for the future of sustainable food, whilst also creating content on TikTok which reaches millions of people each month. He’s the founder of three businesses and a non-profit, but loves nothing more than good pizza or a strong espresso.

Working as a food systems consultant he has developed innovative food systems solutions with organisations including WWF and The Centre for Food Policy at City, University of London. He's built AI-powered knowledge mapping projects with data scientists and delivered communications strategies to organisations including the European Commission, Slow Food and the EU Food Policy Coalition.

He is founder of Wren&Co, founding editor of Quota and founding director of OmniAction. He has been a guest on podcasts and radio shows, including BBC Radio, Heritage Radio NYC and Sorted Food. He is also an ambassador for Nutrition4Youngsters, part of the Nutritank initiative.

His TikTok account reaches millions of people each month, while his photo credits for projects around the world feature in magazines such as in National Geographic Traveller and Huck, as well as being shortlisted for food photographer of the year. Writing credits include national magazines such as Radio Times and The Big Issue.

Gavin is also food policy representative for The Guild of Food Writers and a member of Chatham House.

His social media content around food waste reduction has been featured in The Independent, Daily Mail, The Sun, The Mirror, Metro and other national and international titles.

Outside of work, his favourite things in life are sunlight, good and bad pizza, espresso, stackable food storage boxes and dark chocolate. 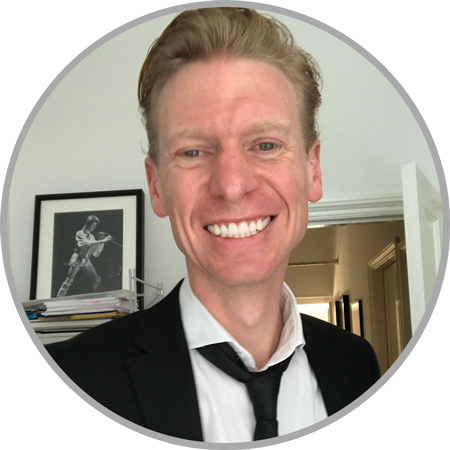