I often make cakes that are either dairy free, with no refined sugar, or both, then finish them and think, oh, that would really benefit from something on top. What can I use? Whipped cream? No. Buttercream frosting? No. It becomes a whole new juggling act trying to create dairy free and refined sugar free frosting ideas which will sit on top and stay there, without it being utterly contrived. 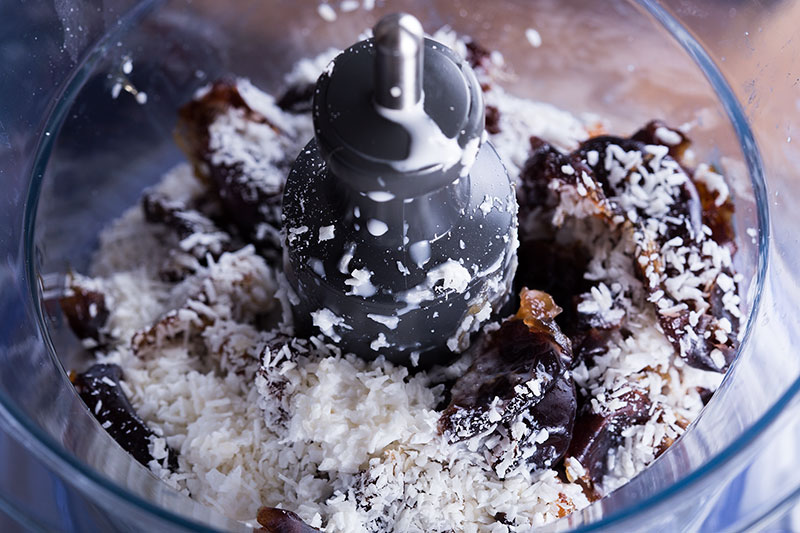 I could, of course, just refer to the internet, with it’s myriad answers to everything, which all vary enormously in quality and credibility. Some are good, some not so good, but you’ll inevitably find an answer that fits for you. I once found a coconut cream frosting recipe on the internet which looked fabulous on the blogs which I’ve seen it published, but was actually awful. The reason was that you need to serve it super-chilled and they omitted to mention that if it gets even vaguely warm, it will melt and run everywhere. Luckily my guests were very polite about their coconut soup cake, and yes, I know you should never try a recipe for the first time when serving it to people but in the real world frankly that’s not what happens. Anyway, these days I’m far less literal when it comes to researching recipes online, I often skim the ‘net for ideas, but not actually reading recipes in full or taking notes, then I go away, ruminate, meditate and masticate before deciding how I would do things. 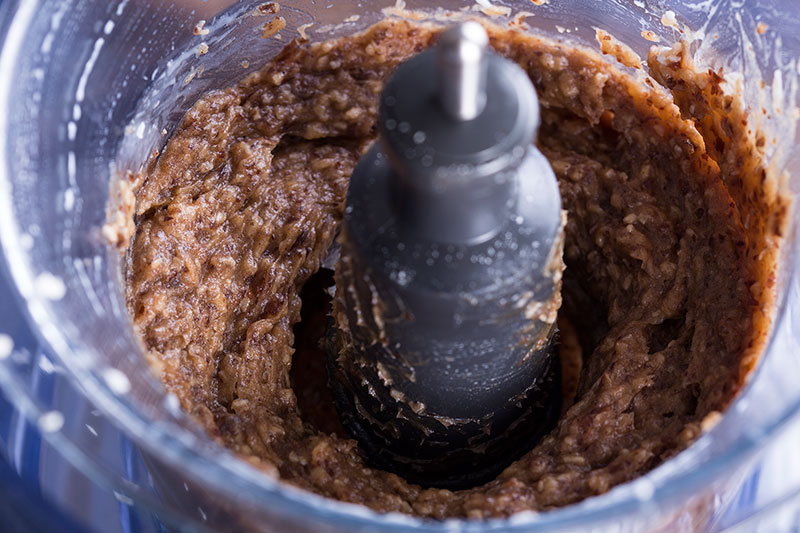 Which is exactly how I ventured into my first foray with avocado frosting. I noticed a proliferation of avocados being used in vegan cake frosting recipes, because of it’s texture I presume. I tried it, I whizzed up some avocados and other bits and pieces to make a thick, frosted topping. But something in me was repelled by the idea. I found it hard to stomach and even more so the next day after it had been in the fridge for 24 hours and gone a darker shade of unappetising greeney-brown and developed a slight crust. Some lemon juice would have taken care of the discolouration, however the crust was less appealing and I just felt the idea was slightly repellant. I don’t like avocados that have been peeled and refrigerated, so the idea of using them atop a cake which might sit around for several days before being finished just doesn’t sit well with me or my tummy. 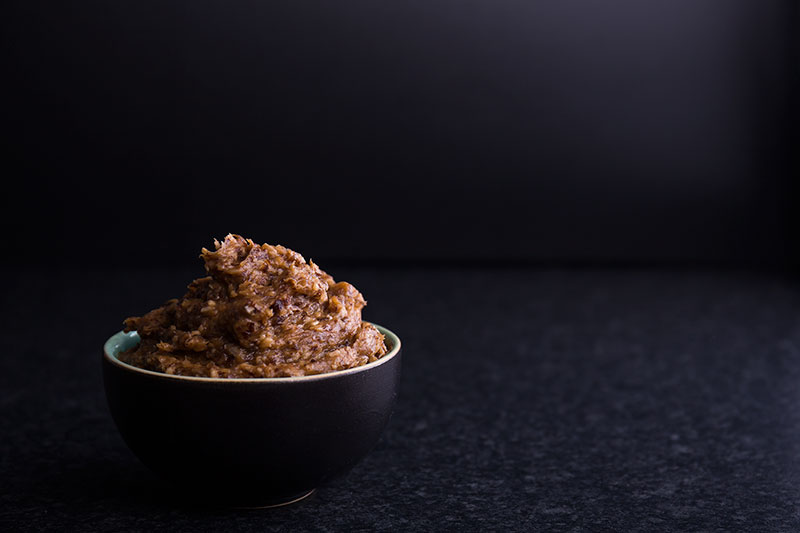 This needed some more simplistic thought and use of ingredients that are far less perishable than avocado. If you consider the building blocks, all that is required is a sweet element and a thick liquid or paste to carry it. Which is when dates and coconut milk appeared before my eyes. Dates are renowned in the raw food world as one of the sweetest ingredients out there, when replacing refined sugar with something natural, you won’t get more of a natural sugary kick than with dates, with the benefit of a beautifully delicate flavour. Coconut milk is my favourite liquid to sweeten things up with, both savoury and sweet. And that’s all you need, plus a sprinkling of desiccated coconut just to add a little bit of texture and you’re away. 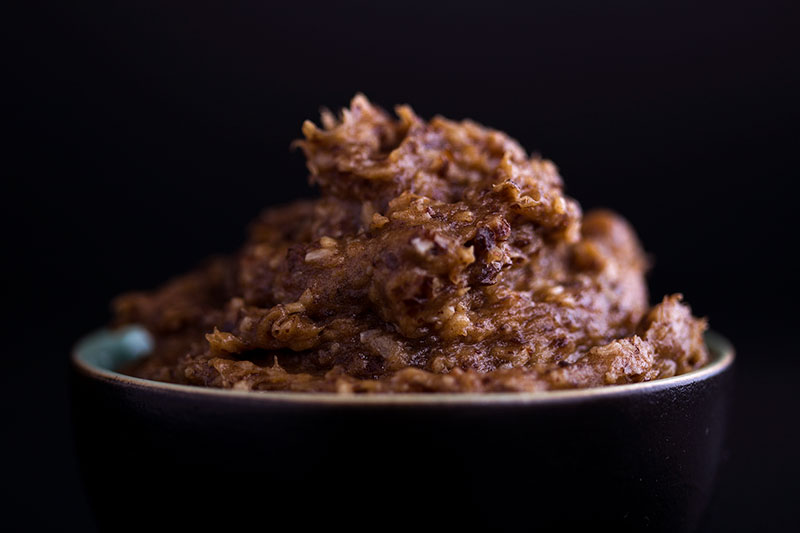 It’s actually quite amazing, I was really taken aback at the natural, sweet flavour and thick, slatherable consistency, it was a perfectly sweet dairy free frosting, like a spread that you could serve at breakfast on some toast, it just works. Also, you get dark flecks of date skin throughout the paste, which adds a beautiful tone to it and you won’t see any dodgy colour changing or crust forming antics like with the avocado. Lastly, this one won’t melt if you put it on a warm cake, so feel free to use it judiciously, even if the cake has only recently come out of the oven, because it’s important to get this one in your gob as quickly as you can. 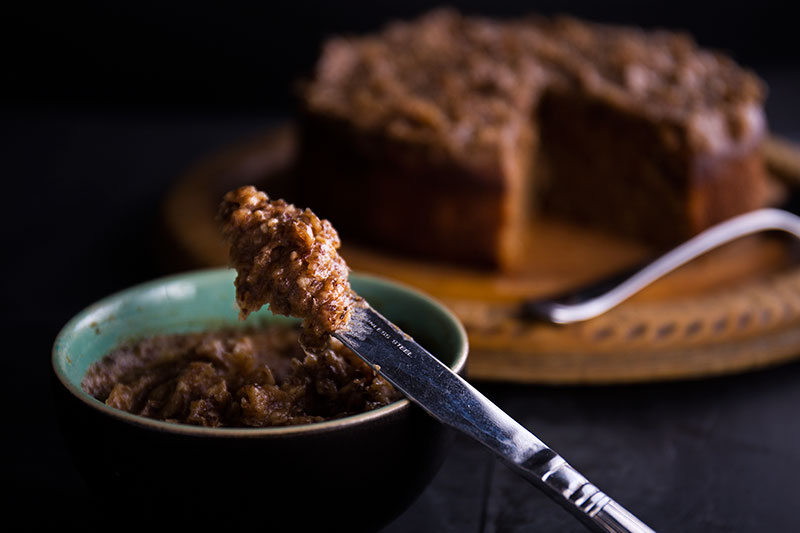 Place the pitted dates, desiccated coconut and coconut milk in a food processor, leave to run for a few minutes, stopping to scrape the sides down periodically. Once you have a smooth brown paste, flecked with dark bits of date skin you’re ready to go!