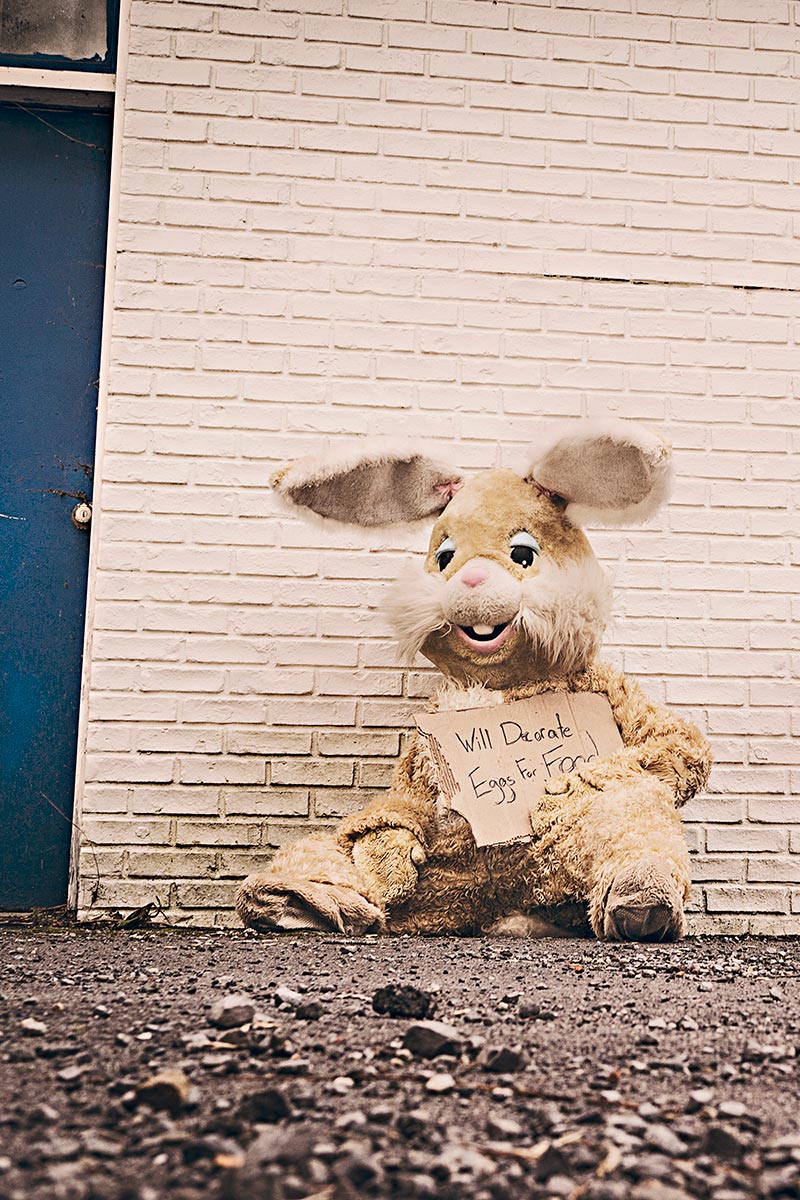 Last night I watched two wise, reasoned and educated people talk excitedly about food. Joanna Blythman and Polly Russell explored personal food history, modern industrialised food, poverty, home cooking and much more besides. An immutable fact of those who study food is the ability to talk with ceaseless enthusiasm, I’m sure we could have stayed all night as we dived into the rabbit hole of the food world’s ills.

The analogy of the rabbit hole from Lewis Carroll’s Alice in Wonderland is spectacularly apt for discussions about food. Food debates are characterised by fractious, diverse discourse about situations which gradually become ever more complicated as the surface dust is gently brushed off, revealing the complex, labyrinthine puzzle below.

At a basic level, solutions to food problems appear simple, because it’s very easy to see where an individual’s behaviour around food may be causing problems. Too much fried chicken, not enough veg, too many ready meals, not enough sleep. Easy problems to solve, on paper at least.

Let’s tell the person eating too much fried chicken to cook fresh food at home. Great idea. Except the chicken shop is a social club, because no other social, public spaces exist where they can chill with their friends after school or work. This puts a slightly different slant on it, as removing this person from the chicken shop is also ostracising them from their pals. It’s like suggesting to the rugby club guy that instead of hitting the pub for 13 pints of Guinness after training, he should go home for a quinoa salad and a kale smoothie. He’ll tell you to take a running jump, and if he doesn’t, his mates will. Even individual solutions can suddenly become very complex.

“For every complex problem there is an answer that is clear, simple, and wrong”

The debate came back to the classic solution of good, honest home cooking skills with real ingredients. We hear this trotted out rote, time after time, ad infinitum. I don’t doubt its merits, I firmly believe that adding cooking and eating skills to basic literacy taught in schools would bring radical change over a few generations. Teaching culinary skills alongside English and Maths whilst adding Emotional Language and Conversation could literally change the direction of society as those little kids become full grown, independent adults. It’s a great, long-term solution.

Interestingly, a topic skimmed last night was how public interest in cooking has increased. It’s true that food shows on TV have gone up, recipe book sales frequently top bestseller lists, meanwhile cooking at home has decreased. There’s an inverse relationship between food media and cooking, society is developing a vicarious interest in food, where shelves are lined with books and knowledge abounds, yet successfully boiling an egg is some form of culinary elysium, a hedonic state only attained by the Gods.

Learning cooking and eating in school would no doubt have a sea change effect on this, if there were a politician in power who would do it. But they don’t want to, because it’s a generational shift which needs to start with the youngest in society, instilling a fantastically health food culture in them, ready for middle age. But given the five year term of a UK prime minister it’s a struggle to see how they will squeeze a 20+ year food plan into their manifesto which will also survive a change in government.

At this point I’m concerned that you’ll misunderstand me, so I want to clarify my position. I fully support home cooking and it’s teaching, it needs further encouragement, so if that’s your area, please throw all of your weight into it. But alongside that, my position looks to the industry that everyone loves to blame, that of industrialised food. It’s a behemoth which has created vast technological processes that maximise every last piece of land and the food which is produced. Many of these processes are possibly causing damage to the earth, the environment and people, which is utterly unacceptable. Producing food should not be simultaneously poisoning the population and our land.

But what if the vast resources of industrial food were being unequivocally used for good? What if these super-tankers of food were forced to perform a u-turn and cajoled into providing food that really worked for humans and our environment?

Because any talk of a food world which excludes big industry sounds a little, well… disingenuous. Just the manufacturing section of the UK food and drink sector has a turnover of £97.3bn, employs 400k people and will not simply disappear, particularly on a global level. Add the fast food and restaurant sector and we’re talking a huge slice of the UK employment market and economy. Therefore, invoking the ideals of previous generations who cooked great food at home every day is romanticising the past and ignorning the huge technological leaps that have been made in the last 100 years of food. Home cooking must be encouraged, alongside refining how the modern food indsutry can work to the benefit of mankind, rather than against it.

Removing industrial food is a regressive step, it needs to holistically support us, to nurture us when life is tough, rather than take advantage. We can’t wind time back to the culinary lifestyle of the 1950s, because society is no longer a fifites society. Any solutions must be forward thinking to the 2050s, a future society where time will be ever more scarce and technology ever more prevalent.

Edouard de Pomiane, my favourite food writer, wrote in the preface to his 1930 book Cooking in 10 Minutes “Modern life spoils so much that is pleasant”. The perception that society, culture and technology are marching against our ability to prepare good food is an ancient idea, we are not experiencing a new phenomena. Harking back to a bygone time of food preparation is simply desirous of an earlier stage of this food fight.

As with all battles, the answer lays not in how well the battle is fought, but how well the opponent is understood. Genuinely understanding an opponent and seeking to work with them, rather than against them, can mean a war is entirely averted. After all, when we declare war on anything in life, be it drugs or another country, it always fights back.

Which is why I believe that working with the industrial food system can create a modern life which enhances and augments everything that is good, rather than stripping it of health and nurture. At this point, the big question is how, because it involves charting a new future which does not resemble anything from the past. That’s where my current knowledge ends and since I cannot predict the future I can’t give you an answer. But I rest, safe in the knowledge that the greatest revelations in mankind come not from what we already know, but from what we seek to discover.

And I, for one, am ready to have a lot of fun finding out how to do this.