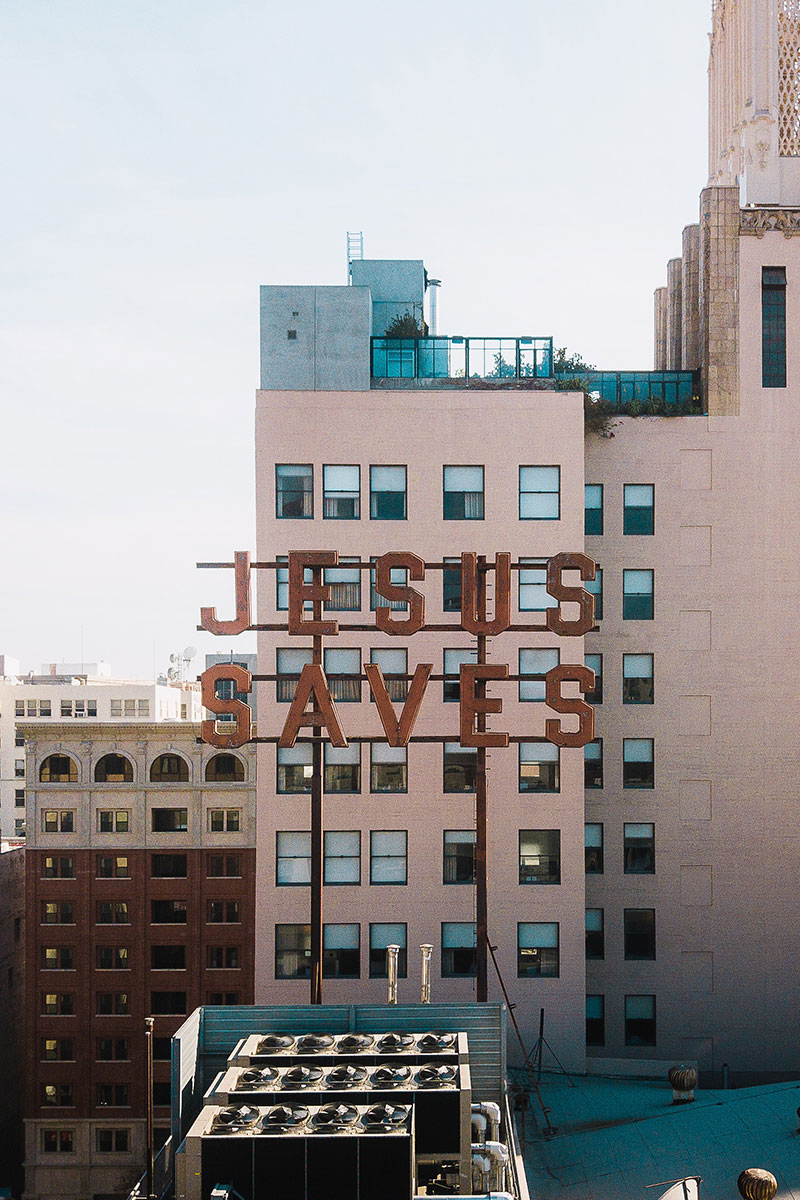 Religion, historically, was the saviour from a life of eternal pain. Today, food brings the same utopian promises of paradise on earth, a life free of disease, the ability to alleviate the suffering of the environment and the animals within it. Whichever devotional path to dietary enlightenment that you choose, bear one thing in mind; like every religion on earth, there are always extremeists waiting around the corner, ready to spoil it for the rest of us.

2017 wasn’t kind to clean eating, the diet beloved of bloggers and Instagram influencers, who revelled in it’s snap-happy aesthetic and took delight in revealing the latest South American plant extract which purported to cure anxiety, or even cancer.

The spurious health claims that abounded were roundly dismessed by a tranche of media criticism, starting with Ruby Tandoh exposing its toxicity January, a follow-up to her tirade against clean eating on Vice nearly a year earlier. Then the floodgates opened, with Giles Yeo gently prising it apart on Horizon, via the release of the rise of captain science in The Angry Chef by Anthony Warner to the well-rounded long-read tear-down from Bee Wilson in the Guardian.

With their backs firmly against the wall, there was a notable absence of opposition from the clean eaters.

Their presence in cyberspace shrivelled up, as they removed references to clean eating from their blogs and tidied up the hashtags on Instagram. As if by magic, clean eating slipped out of the room, and by the end of the year, its name was whispered like an elusive fantasy, wondering if it ever really happened, perhaps it was simply a bad dream.

During this period, one clean eater faced the press, the doyenne of the movement, Ella Woodward of Deliciously Ella fame. One of the foremost figures of clean eating, her diet was essentially plant-based which was less arbitrarily restrictive than some of the lunacy that accompanied this period in eating for health benefits <cough> Robert O Young. On the Horizon documentary Ella represented herself well, with Giles Yeo ultimately conceeding that on their own, many ‘clean eating’ recipes, such as the one he made with Woodward, are actually quite healthy.

However, when the press began throwing spears, it scared the bejesus out of the poor influencers and clean eaters. A video-journalist friend who is creating a documentary about social media diets has been unable to find a single social media influencer willing to go on camera to talk about the food they publicise. This sudden bout of camera shymess is peculiar in an industry that thrives on exposure, the only conclusion that makes sense is that they’re scared, because they haven’t got a clue what they’re talking about.

With clean eating publicly crucified atop a modern day Golgotha, my finely-tuned foodie-culture barometer has been twitching away, wondering which restrictive diet grabs the zeitgeist by the balls next, because clean eaters needed to go somewhere. Every few years, society finds a new punitive dietary fad to support our deep desire for the protestant ethic; it can only be good if it deprives me in some way. The pantomime health press love these diets, playing a game of ‘good cop, bad cop’, by calling it the best diet yet at the same time as declaring it the decline of Western civilisation as we know it.

Suddenly, it dawned on me. Clean eating never died, it’s alive and well, parading around under a new, ethically justified banner… veganism.

Looking back at the recipes, clean eating was a slick, commodified version of veganism with some bolt-on optional extras such as gluten removal or white sugar abstinence. It was easy to choose your level of clean eating, simply by calculating how much acai-syrup you could afford. Veganism, conversely, traditionally held a hippyish or fanatical image, but clean eating opened the doors to it, if not explicitly in name, acting as a gateway diet by bringing light, life and the beauty of Insta-fame to a plant-based diet.

Clean eating performed a clever, accidental marketing campaign on plant-based food by promoting a vegan diet without using the V-word. 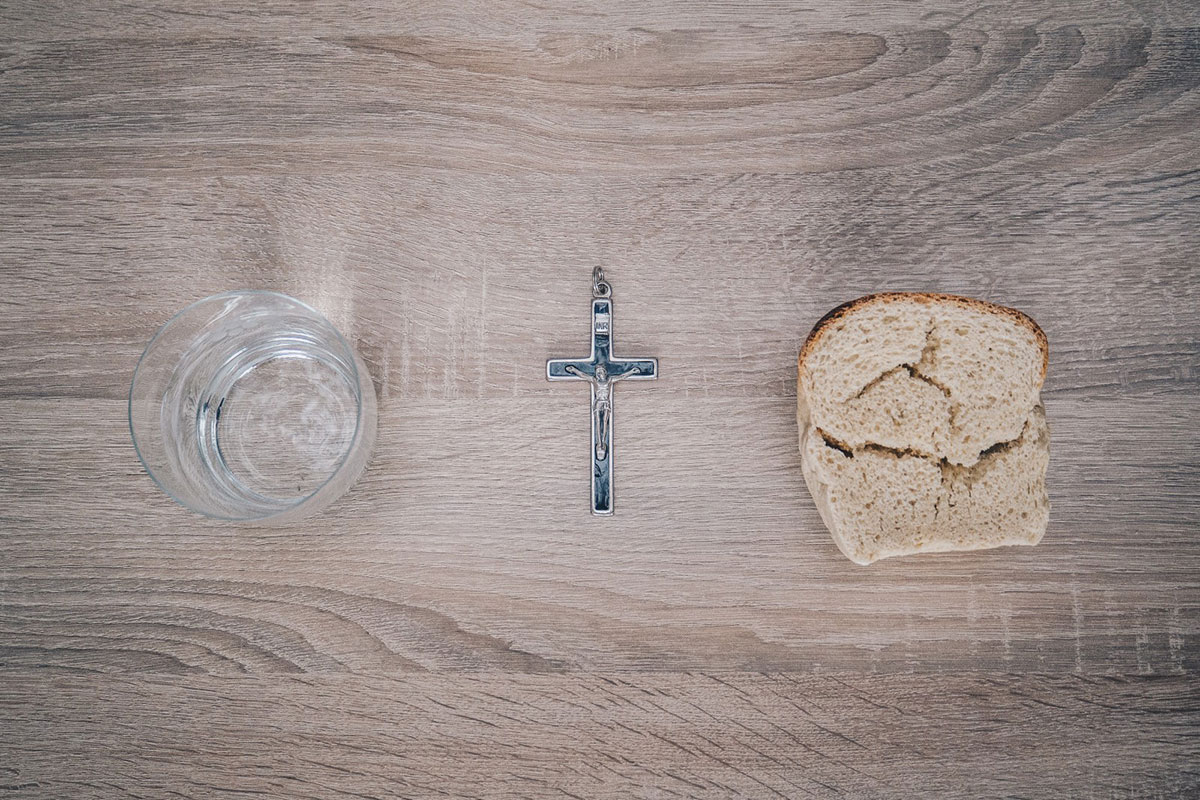 Suspicions began when a non-foodie, clean-eating friend of mine turned vegan last summer. Social-media phobic, she originally adopted clean eating subconsciously through the pores of society, rather than through research, surfing Instagram or reading blogs. Her diet was a hybridisation of vegetarianism, spiritualism and neurosis before veganism took over, accompanied by non-coeliac gluten rejection and a refined sugar phobia. Her diet is simply clean eating with an ethical, rather than pseudoscientific justification and no cake to boot.

This exodus became more apparent when Grace Dent commented in a confessional on veganism that crowds at vegan events “are young, beautiful, vibrant, popular on Instagram”. I looked to the sky and praised the lord ‘hallelujah’, for summing up the clean-eater influencer aesthetic in one sentence. Not that vegans should only be gaunt hippies, but let’s be honest, her description isn’t a typical cross-section of society. The the death knell of clean eating coalesced with the meteroic rise of the Instagram influencer dynamic in the vegan world, welcoming them into it’s hallowed bosom with open arms.

Attention-grabbing diets which connect with an emotional fissure are always the same, they involve cutting out lots of food groups or calories. Atkins, Paleo, 5:2, Vegan, etc. It’s never the diets which embrace variety, like the Mediterranean diet, the French paradox or the Japanese diet, which are all well known for their health-giving properties, but never garner widespread adoption or trend on Instagram with the young and beautiful like veganism or clean eating.

Although healthy, they lack the trojan high-horse of morality to ride through social media.

Punitive, restrictive diets with rigid guidelines make me wonder if human beings are attracted not to the food, but the idea of being in charge of what they do. Take the ever-present rise of gluten-free, why is it still being roundly abandoned? Perhaps the reason is simply ‘because I can’.

Moralising over food and dietary choices is an ancient obsession of humanity which veganism and clean eating both invoke.

Clean eating implied it, by stirring up biblical notion of ‘cleanliness’ in our food choices, tapping into an old-testament core of emotion. Look to Leviticus 11 in the bible, where God lists which foods are ‘clean’ and ‘dirty’, for a pre-Instagram example of this moralising. Veganism is founded on a more explicit moral code, excluding all animal products on an ideological basis, yet both diets meet the same end, that their adoption makes you a good person, and I, the meat eater a sinner.

It all seems to come back to control and history is littered with examples, such as Jacksonian America, nearly two hundred years ago. Beginning in the 1830s a period of rapid political change and industrialisation co-incded with new forms of health extremeism. Believed to be a reaction to policitcal instability, people turned inwards and exercised greater control over the only parts of life which they still could — such as food. Our current international political climate is characterised by similar instability and neatly co-incides with the popularity of restrictive diets.

It would be a form of divine social poetry if the rise of veganism was actually being propelled by a reaction to the popularist right-wing movement of Brexiteers and Trumpism. This narrative of personal control and moralisation of food is historically anchored, it’s an ancient phenomenon that we keep finding new ways of expressing. What we’re seeing here are not dietary choices but religious choices.

In the final analysis, there’s greater evidence for the ability of food to save your life than there is for Jesus.

The irony is that nobody likes being told to do, as any politician will tell you for fear of being branded “nanny-state”. People don’t like being ordered around, and if veganism was imposed upon anyone they’d think it outrageous communist nannying. Yet popular society neatly herds itself into cutting out specific food groups, such as animal products, gluten and refined sugar, on a regular basis for seemingly arbitrary reasons.

Humans seek existential comfort from the tyranny of life by controlling anything they can, such as religion, alcohol, food, social media, sex or even other people. As attendance at traditional churches dwindle, fewer people actively follow traditional religion, but that doesn’t reduce religion’s relevance as a life-affirming and anxiety quelling choice.

All that changes is the perceived saviour, we’re seeking edible churches to pray at, bowing at the altar of food, rather than God.

In the absence of political stability, religious harmony or assured personal agency, food choices remain as the most powerful life-altering decision that anyone still has a reasonable amout of control over. If it becomes your religion, so be it. All religions are based on love, sharing and tolerance, so keep those virtues close to your heart and stomach, leaving only one dangerous element to be mindful of, a factor which gives all religions a bad name…