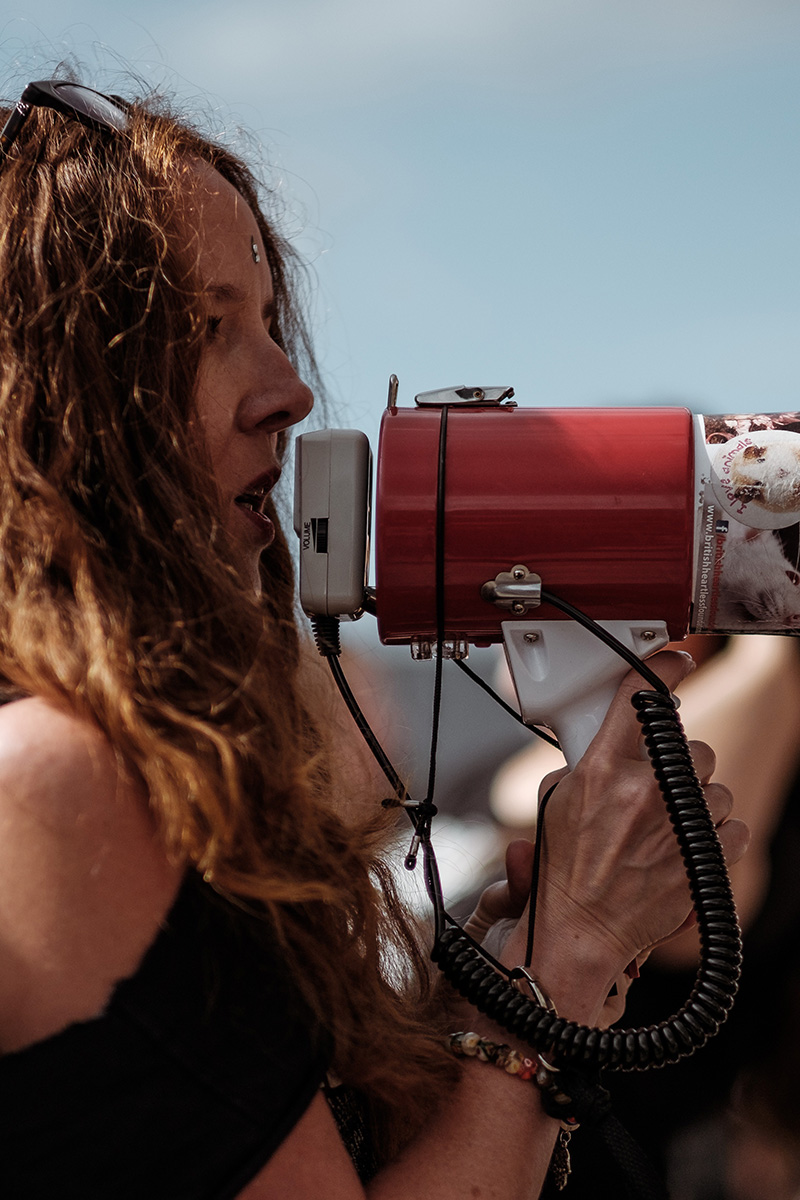 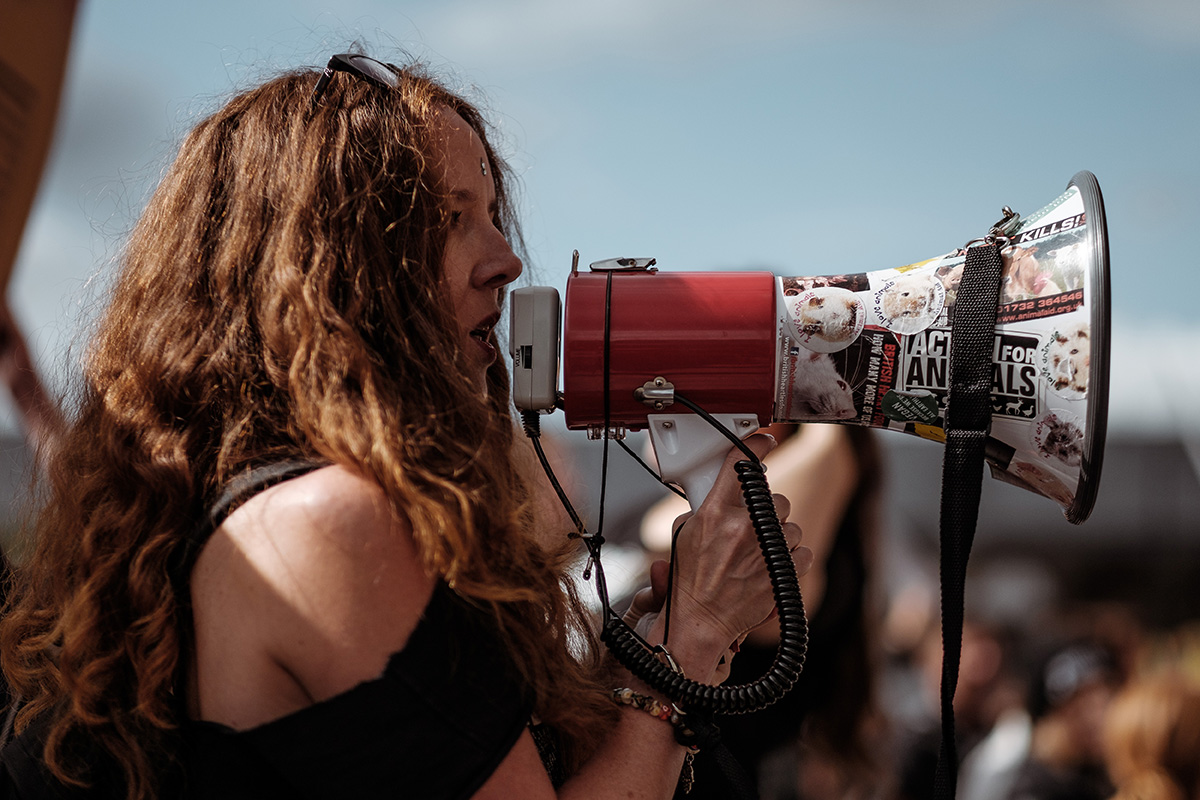 Yesterday I attended a talk at Hay Festival entitled ‘Feeding the Nine Billion’, which very quickly qualified that the large population growth predicted for the next thirty years will almost exclusively be found in developing countries.

This news is no surprise, it’s long been acknowledged that parts of Africa, Asia and Latin America are growing at a rapid rate and this is where our ‘global community’ will be developing the most. The chair, Jonathon Harrington, an agronomy advisor and fierce proponent of GM crops, began by saying this was the most important question of the day and wanted to see how we could solve it in an hour.

For a discussion of developing world issues, it was acutely amusing that this talk featured the whitest audience I’ve seen at a food talk for a long time, and that’s really saying something, for a genre of events which is famed for its lack of diversity. No non-white people were represented in the panel or the audience (as far as I could see), which is peculiar given the fact that we are talking about solving an issue predicted to manifest exclusively in non-white areas of the world. I wonder if there are groups of Nigerians sitting around in Abuja having earnest discussions about how they can resolve the UK’s Brexit issue or stop American school kids from killing each other. I very much doubt it.

Back to the topic, the talk focussed largely on GM crops, with two of the speakers, Graham Brookes and Helen Westfield discussing the benefits of biotechnology in crop farming. Both seemed to adopt the narrative that we need to produce more food if we are to feed everyone, a point which is often contested. Graham adopted a wider view of diverse crops and Helen focussed on the benefits of Golden Rice and the work of the Bill and Melinda Gates Foundation in helping develop C4 rice. Jonathon Harrington is also noted from a quick google search as being fiercely in support of GM crops, meaning that 75% of the panel were pro-GM. So much for open and balanced debate, eh, Hay?

It was only when the third speaker, Denis Murphy, came to the stage that a more balanced view began to emerge around other issues around food, such as the point that under no circumstances should we be making biofuel from edible food crops, a process which had earlier been suggested as having benefits. Growing vast swathes of food that can be eaten, or using land suitable for other forms of agriculture, to feed our vehicles, rather than our bodies, is insane when people are simultaneously saying that we need more food. Stopping burning food seems like an obvious solution, when other renewable energy sources are becoming so cheap.

Personally, my thoughts on GM are ambivalent, which is no bad thing. I am becoming more comfortable with the awkward position that there is never a one-size fits all solution to food issues, and as it stands, GM works for some areas of the world. As beautiful and romantic as organic farming is, there’s little evidence to show that it really could feed the world and some research suggests it’s not even the most sustainable method in some areas of food production, it rarely produces more food per hectare, although it does have environmental benefits. Perhaps it’s better suited to the home counties than the entire planet.

The beef with GM lies in ownership and patenting of seeds, for all the great benefits that GM proposes it’s always overshadowed by the horror stories about the corporate giants who control the seeds. As the end of the session approached I stuck my hand in the air with a question about the ethics of seed ownership and patenting, mentioning the fabled ‘terminator’ seed, which has been mentioned in much literature. I preceded this with a suggestion that we check our privilege, to be sitting here on a Thursday lunchtime, discussing how other parts of the world will feed themselves; a point which seemed to go completely unnoticed. Power makes people go blind.

In response, Jonathon Harrington outrageously dismissed my question and moved onto the next person. It’s amazing to see such bloody mindedness at a supposedly open-minded event, but this wasn’t the only instance of such behaviour seen in one short hour.

Another audience member raised their hand to ask a question and the roving microphone was duly passed to them. What they asked was the only question, in any session that day, which received a round of applause, giving some kind of indication about the audience present.

The question, or indeed, statement, was whether we should focus on stopping the population reaching nine billion, rather than working out how to feed these nasty, needy people. Ooops, sorry, I may have added the ‘nasty, needy’ bit, but I’m sure I heard it, maybe it was just in my head?

Luckily the panel saw fit to politely explain that mass death or enforced celibacy is simply not a viable policy position and history teaches us that making a choice between feeding people or not allowing people to live can only go one way, if we wish future generations to look upon us kindly.

The question still shocks me, especially the fact it got a round of applause, I would genuinely love to understand why anyone thinks this is a good idea? Would they have asked the same question if the population rise was exclusively occurring within England, or their own family? Of course not.

Besides, population growth is not about food, it’s about far more complex social issues and most countries also accept that food is a fundamental human right, even if they don’t do anything about it. Like we see in England with poverty, food is a symptom of a problem, not the cause, so it’s not an answer to say “let’s not feed them, because these people shouldn’t be alive anyway”.

After all this knife-edge excitement, both Graham Brookes and Helen Westfield kindly came over to have a balanced discussion about my question of ethics and GM. Interestingly, golden rice is an open-source GM seed, which to my mind is exactly where GM tech needs to be, if it really is going to help feed the nine billion.

This post-talk discussion is precisely how debates need to develop. It’s useless demonising GM, because it’s prevalent in many parts of the world and unlikely to disappear, meanwhile, It’s pointless having people like Jonathon Harrington chairing supposedly open discussions when they dismiss a question which challenges the ethics of GM patent ownership. I’d suggest that Hay festival invests in people chairing talks who are more capable of reconciling questions which challenge the very systems they believe in.

During her talk, Helen had helpfully pointed out that there are no silver bullets to solve the world’s food problems, which is absolutely a truism. The truth is diametrically opposite, because the resolution of food issues is about getting every single interest in the same room and talking to each other with understanding and compassion, rather than stonewalling, demonising and blocking each other.

Which is exactly how we will feed the nine billion. The only way to save this world of human complexity is not through ardent adoption of any single cause, but through the elegant management of many interests, races, technologies and cultures who exist in a single world, which is as complex as hell.

It’s great and noble to support any cause, from organic food to GM, from food education to food banks, however all of these interests need to coexist and find some form of positive equilibrium, rather than battle for supremacy. Sadly, the vast complexity of this situation seems to be a little too much for some people to handle, so god forbid that anyone puts them in charge of the discussion. Oh dear.