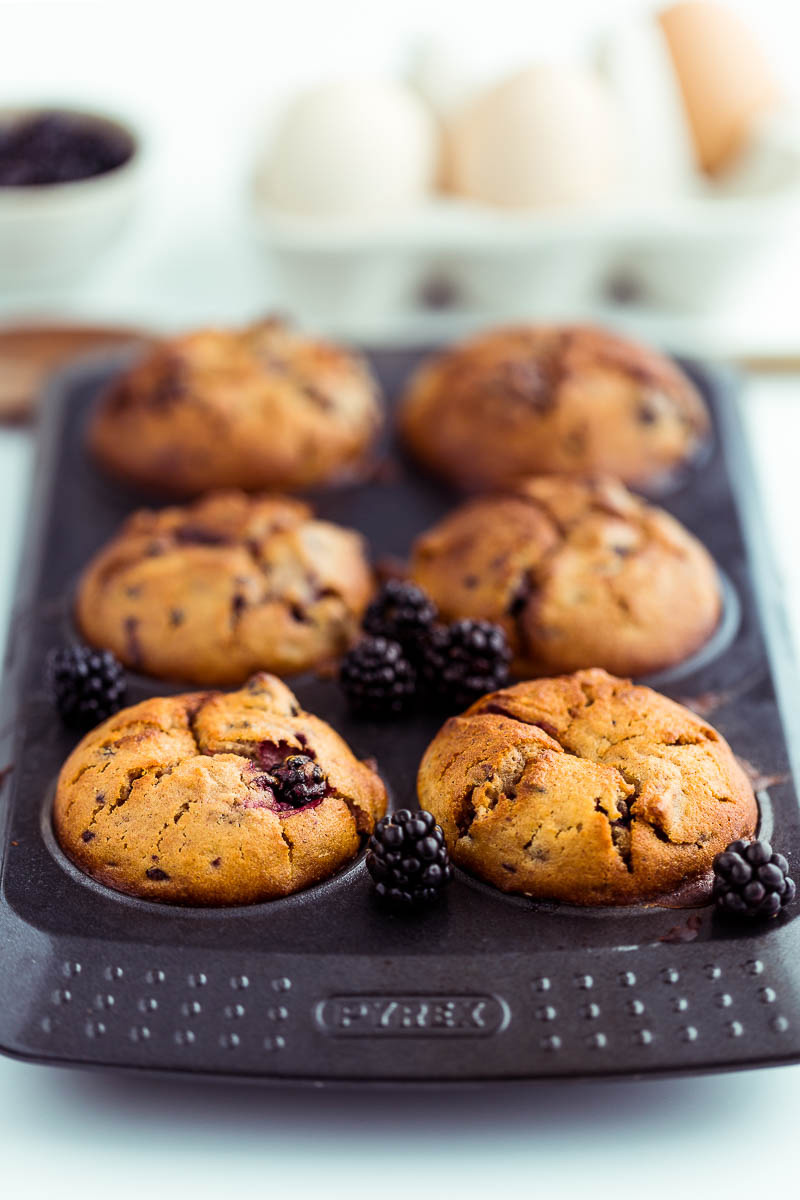 This post is a recipe for soft and tender spelt blackberry and apple muffins, created from seasonal fruit picked directly from the plant, a dairy-free recipe using delicious spelt flour and the perfect natural pairing of blackberries and apples.

As September started, I had recently returned from a week of singing, yoga and relaxation at a camp near Glastonbury. My sleeping bag and tent were purposefully residing in the hallway, causing a very minor detour to the loo and at worst, an awkward trip hazard. Their placement wasn’t due to tardiness on my part, the sleeping bag had already been crammed back into it’s right-sized gap in the spare wardrobe, then removed again.

A peculiar feeling had risen up inside me, calling me back to the tent, despite an openly professed hatred of camping. At first, a presently underwhelming feeling suggested that I grab this bundle of synthetic stitching and plastic and run away into nature again, so the tent remained in the hallway, as a reminder of this subtle calling within me. Surely, as the week bore on, my sense of whelm progressed from under, to over, until the Friday of that week, when I grabbed my stuff, filled a bag with clothes, coffee and fruit, loaded Bernard into the car and drove to a campsite in Dorset, on the spectacular Jurassic coast near Corfe. 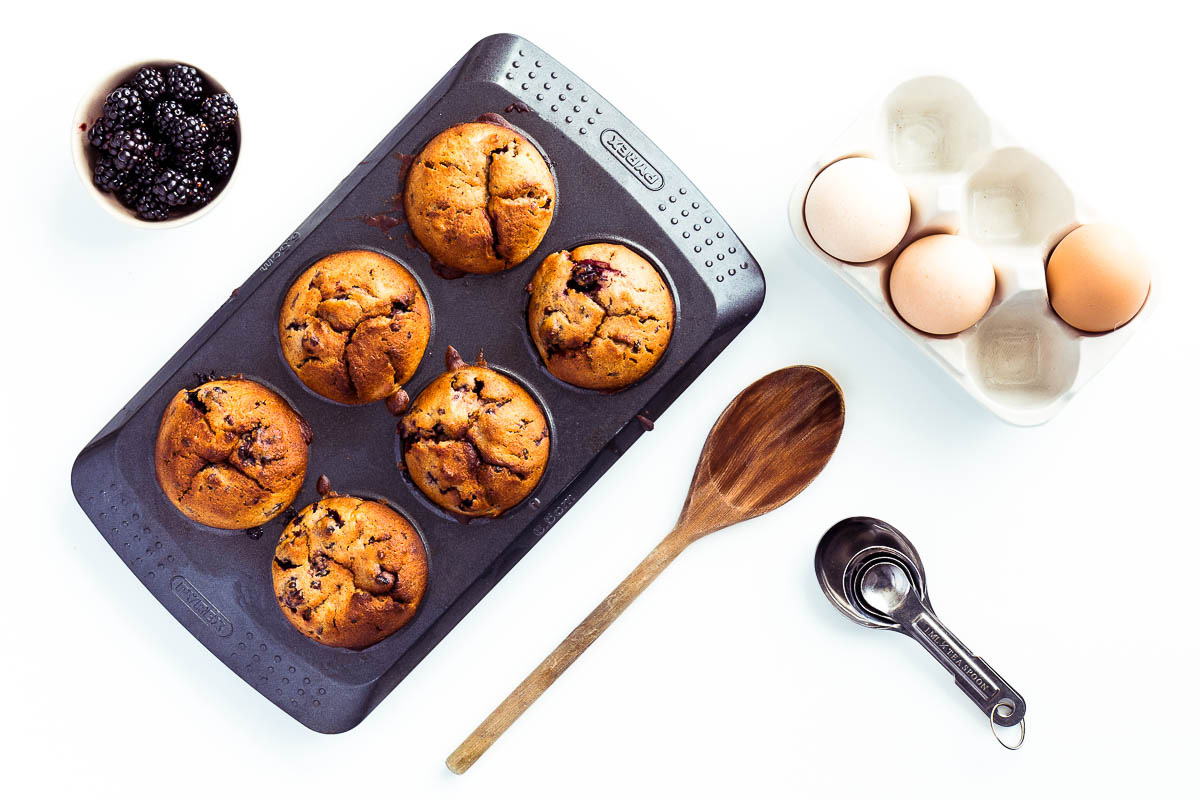 Campsites often have a peculiarly 1980s soul which I can’t abide. There’s an English retrograde character to some of these sites, which sends me back to childhood days, gift shops filled with tourist tat for a cold day on the beach, lacking in both sophistication and antiquity, simply anchored in the not-yet-retro-fashionable past.

Purposefully, I chose a site with very few amenities, to avoid this sense of cultural malaise. My home for the weekend was a field with a bank of loos and showers near the entrance, no wifi, no playground, no shit disco but lots of firewood and an encouragement to burn it, for the grand total of seven quid a night. It was also located next to a vast, deserted area of woodland, featuring a rare breed pig enclosure in the centre, perfect for long, lazy dog walks starting a few metres from my tent. 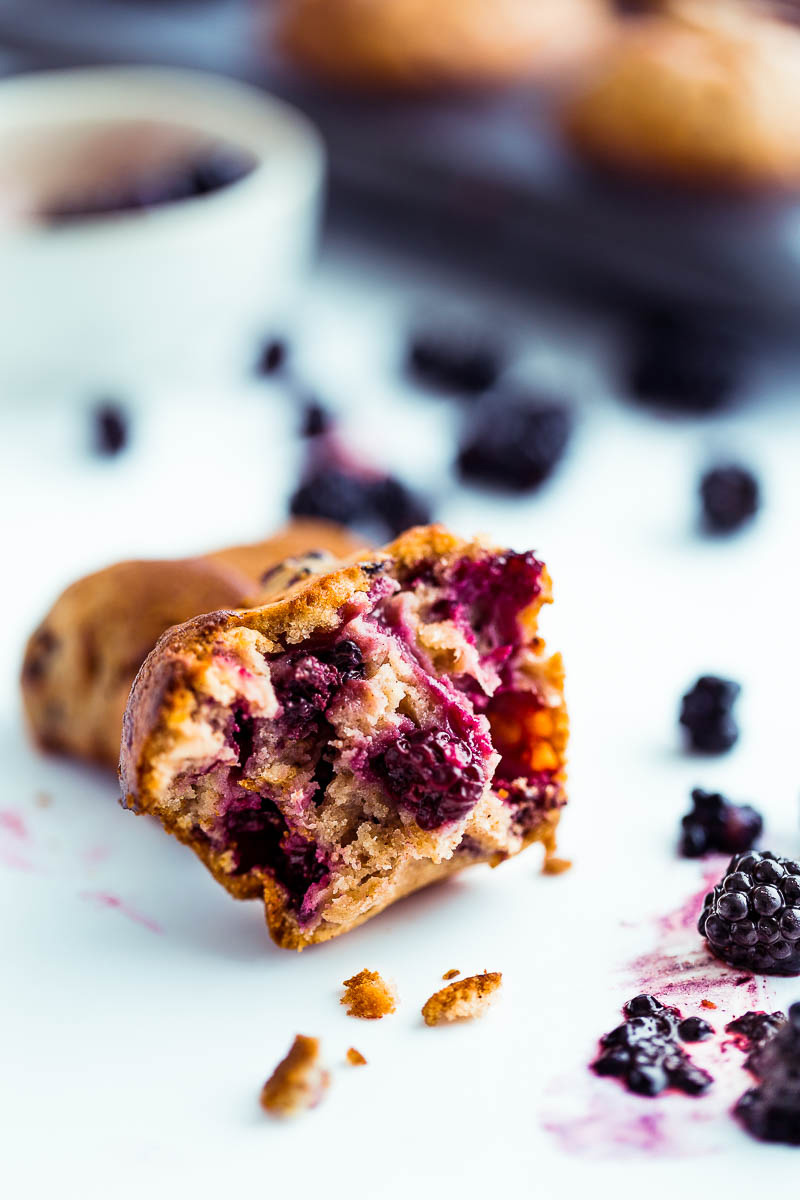 The site also catered beautifully for the activity of picking blackberries, as vast bushes abundant with the fruit lined pathways throughout the forest. During the first part of my trip, each walk became a reconnaissance mission, scoping the proliferation of bushes, how much fruit they bore and the ripeness of the crop. On the final morning, I set out prepared with my plastic container and a route mapped out in my mind, before quickly filling the tub with half a kilo of dew-moistened fruit.

Upon returning home, I was torn between making a clafoutis or muffins. Muffins quickly won, with good reason, because they’re muffins, so what could go wrong? I’ve also been inundated with apples, from family and neighbours who have trees in their property, which are spilling ripe fruit asunder. Nature conspires in the most elegant of ways and it seems to be no accident that blackberries and apples come to fruition at the same time, their combination in cooking is simply perfection.

The result of this perfect, natural union is this recipe, spelt blackberry and apple muffins, crammed with perfect, wild, fresh and free seasonal fruit. As ever, I must confess to eating six of these on the day I made the recipe, all in the pursuit of honing the recipe to make them as perfect as possible for you, my dear reader.

Approx 150g bramley apple, cored and chopped, I leave the skin on.

Place the apple in a saucepan with 1 tablespoon of water and cover with a lid. Place over a medium low heat until bubbling, then reduce to low. Simmer for 15 minutes, stirring occasionally. It’s great to cook excess apple because it’s lovely stirred into porridge or yoghurt with a few pecan nuts.

Sift the flours, sugar, baking powder, salt and cinnamon into a mixing bowl, then set to one side.

Whisk egg briefly, then add the oil, yoghurt and milk, then stir together.

Add this mixture to the flour bowl and mix until evenly combined. Stir in the blackberries gently, then finally stir through the crushed blackberries, very lightly so that it leaves streaks.

Divide into the greased muffin tins or cases and place in the oven for 25-30 minutes, until a skewer inserted into the middle of a muffin comes out clean.