About 10 years ago I lost a lot of weight. Over 4 stone to be exact, it also proved to be a turning point in the food history of my life, it was a time when seismic change occurred to some of my most deeply ingrained, English eating habits. Soup became my new lunchtime God, eschewing the bread it replaced, leading me to hunt high and low to find or create the perfect, filling, tasty soup. This vegetarian ginger and black eyed bean soup is my latest effort, and boy, it’s a good’un. 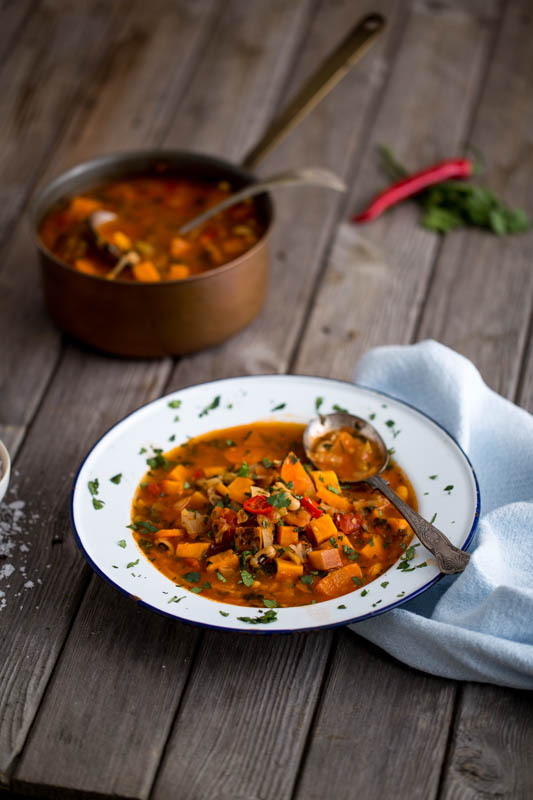 Death of the Sandwich.

I gave up eating sandwiches. That stalwart of the lunch table, which had filled my boots and nurtured me through my childhood, adolescence and twenties, into the tall, strong and fat man I became by the age of 30. Bread had been so integral to my life that I had barely chosen to question it’s presence, bread was lunch, especially when filled with some lovely, high fat contents, such as cheese, processed meats or lots and lots of mayonnaise.

When I was a teenager I was a rower. I won lots of races, ascended to become captain of my school boat club, rowed at Henley Royal Regatta and even made a foray over to Belgium to race. Rowing is one of those stupidly intense sports whereby success seems to be measured in how many training sessions a week you carry out. We peaked with a ridiculous amount of training like 11 sessions a week, which expends a hell of a lot of calories. To satisfy this energy requirement, during my day at school, in between breakfast and dinner I would eat three full rounds of sandwiches, an iced bun, a packet of crisps and a chocolate bar.

When I stopped rowing, I curtailed this input, slightly. I carried on having lots of sandwiches for lunch, until I reached a formidably corpulent size, inspiring me to lose weight, when I stopped dead. Since that moment, ten years ago, I’ve never habitually eaten sandwiches again. 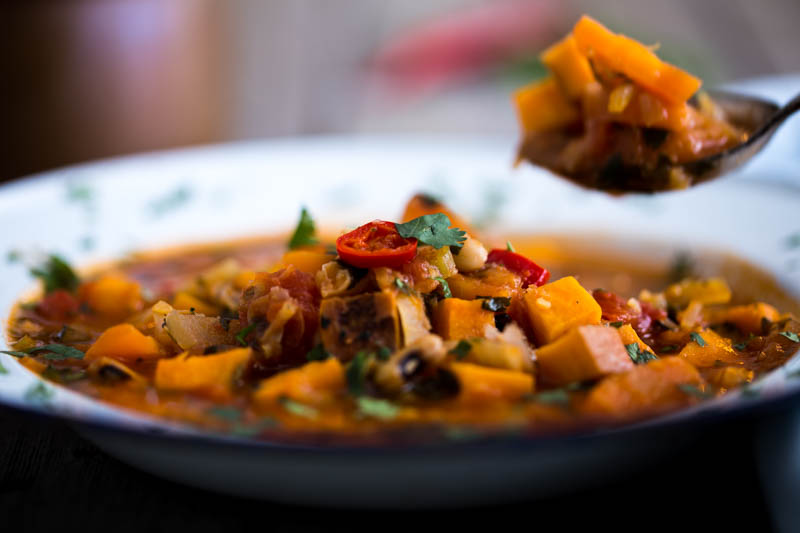 Soup in the Ascendent.

Soup took over my world. For the last ten years, soup has been my go-to, de rigeur lunchtime sustenance. I’ve made vast vats of it, bought hundreds of pots of fresh soup from every single supermarket and soup manufacturer out there. I’m probably better qualified than anyone else in the UK to assess the relative merits of any commercial soup offering available to us.

When my work brought me home, reducing my commute to a bleary shuffle from the kitchen to my study, I started making soup more often. This allowed me to indulge my soupish desires of thick, chunky, full flavoured soups with NO CREAM IN THEM. Cream is my enemy. Why oh why do so many soups have cream. For the purposes of losing weight, or keeping the weight off, I want a soup stuffed with healthy vegetables, pulses and legumes that will fill my belly and keep my brain working. I do not want cream, that is no use to me. 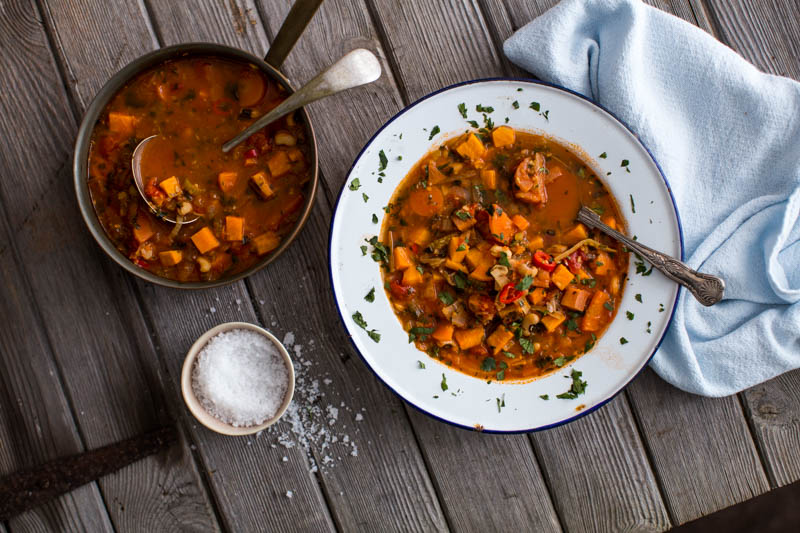 The Power of Soup.

There is one fantabulous side effect of eating a healthy, vegetarian, cream free soup for lunch; no afternoon slump. As soon as I stopped having a baguette and crisps for lunch, replacing it for a bowlful of healthy soup, my afternoons became infinitely more productive. I was alert, alive and ready to work all afternoon, instead of the soporific results of my previous lunch choices which had led to a deluge of decidedly dreary afternoons.

Today is my latest incarnation in the hunt for a perfect soup. This is a beast of a goner and black eyed bean soup. It’s more vegetable than it is soup, it’s piled high with lovely, healthy vegetables and there’s very little liquid to mop your bread in, which is great, because I try not to have any. The flavours are simple but powerful, a big chunk of ginger and a mountain of coriander take the reigns of flavour giving a truly delicious soup that satisfies my taste buds and fills even the most empty of tummies.

Double Up and Freeze!

Soup recipes like this one are brilliant for making double, triple, quadruple; whatever you can fit in your pan! I made triple last time and then froze it in batches, which will take care of lunch for a couple of weeks :). 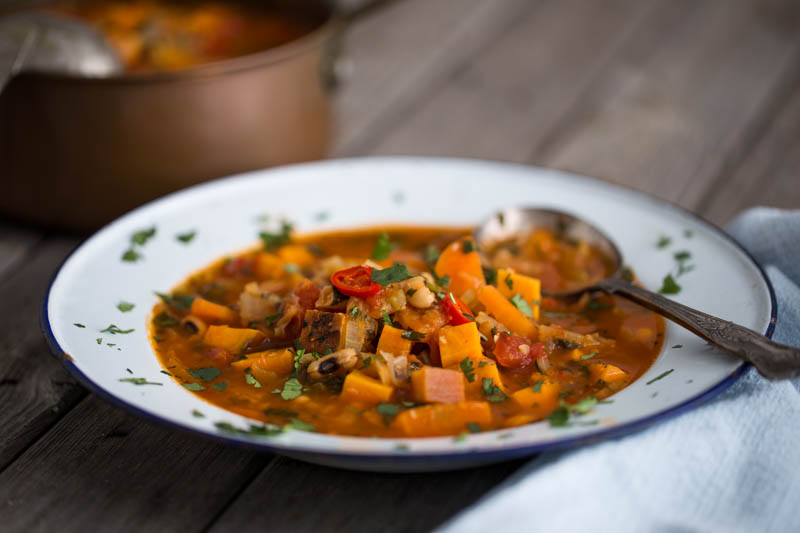 Heat the olive oil in a large saucepan over a medium heat.

Add the onion, celery and carrots, cook for 10 minutes with the lid on the pan, stirring occasionally.

Meanwhile, whizz the garlic and ginger in a small food processor. If you can’t, then finely chop them. Remove the lid and add them to the pan, stir through and cook for another 5 minutes.

Place the black eyed beans in the pan along with the chopped tomatoes, stock, sweet potatoes, chilli and salt. Bring to a simmer and cook for 10 minutes, stirring occasionally. Eat a piece of sweet potato to see if it’s cooked. If not, simmer for 2-3 few minutes longer then check again.

Remove from the heat, add the coriander and stir it in. Serve.