Today I’m making my version of golden turmeric milk, a traditional hot drink made with turmeric, cinnamon and ginger to give your body a heart, body and soul warming hug from the inside. It’s simple to make and incredibly comforting, plus features a wide range of health benefits associated with the consumption of turmeric. This one’s a keeper!

When I made and photographed this recipe a few days ago, there was a clear narrative in it’s seasonal timing. A hard frost had fallen across the land, I had spent 5 minutes de-icing my car before being able to move anywhere and my 6am dog walk felt like an arctic exploration, with the amount of warming layers of clothing being considerably increased. It was baltic, brass monkeys, freezing.

I came home late on the Friday night of that sub-zero week, desperate to feel warm and nourished. I threw together a recipe I hadn’t made before to calm and rejuvenate my cold body. Actually, that’s a slight exaggeration, it was this version of the recipe that I hadn’t made before. The original recipe is turmeric milk, otherwise known as golden milk and is a traditional Indian hot drink that’s been around for many years. I was introduced to it a few years ago and readily failed to enjoy the experience, there was something in the flavour of that initial mug of hot golden milk which failed to ignite my interest. 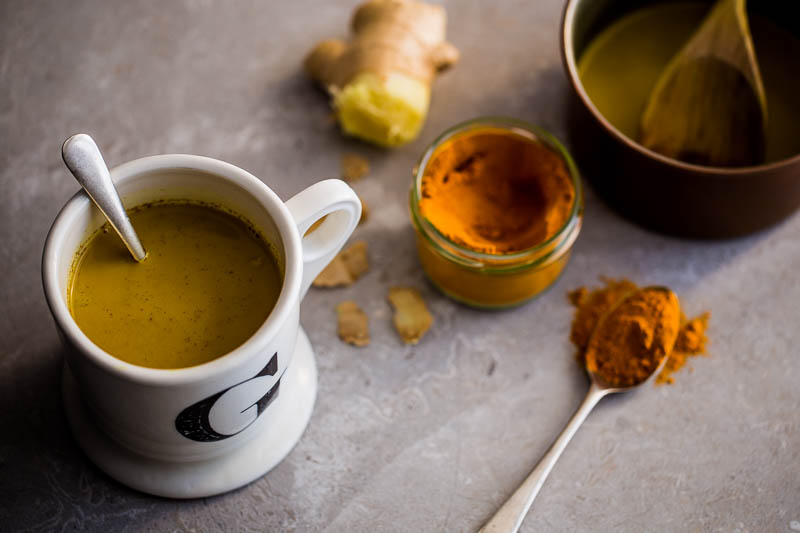 The premise for golden milk is fantastic. A hot mug of goodness made from turmeric, ginger and milk, to give a warming, healthy, rejuvenative drink. The health benefits of Turmeric are still being unravelled, however they seem to multitudinous, with websites across the internet claiming a huge range of positive health outcomes from consuming it. This BBC report carried out an informal trial which witnessed volunteers seeing changes to genes that cause depression, asthma, eczema and cancer when turmeric was taken, here’s the important bit, with food. It’s an ingredient which the latest evidence suggests is well worth having in your diet on a regular basis.

However, turmeric might not be something you’ll want to just add to your food at random. I find it’s taste difficult alone, it needs support from some other ingredients to mellow it’s slightly pungent flavour. I think this is where my original foray into golden milk fell down, sadly, flat on it’s face. It was pretty much a simple preparation of turmeric and milk, plus a little honey to sweeten. I found it unpleasant quite frankly. 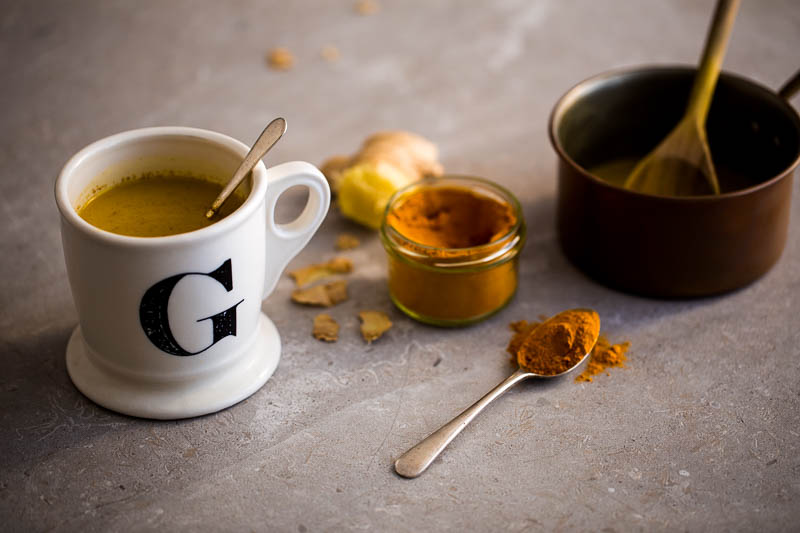 A Mugful of Goodness.

Going back to that Friday night, I felt an urge to revisit turmeric milk, to find a way to get this into my life. Ginger is a common addition to golden milk, so that ingredient was a given in my version. Then I spied the jar of my favourite daily spice – cinnamon. Now we’re talking. Ginger, turmeric, cinnamon, milk and honey. That sounds right. I whizzed it all up in a little saucepan brought it to a gentle simmer for a few minutes to calm the ginger then poured it into my big ‘G’ mug (G stands for Gavin, of course).

Hallelujah! I’d found it! It was a beautifully rich, rounded flavour, full of spice and layers of interest which my original venture into golden milk had lacked. Above all, the drink really made me feel comforted. It has a unique presence, far removed from my traditional English conception of a mug of hot milk and miles away from my ex-dependent morning long black coffee or my post-prandial peppermint teapot. It’s like a soft comfortable blanket, a roaring open fire, a hot sunny day and a spicy meal all at once.

As I sit down to write this, the weather has turned into an utterly unseasonal 14ºC, contesting with the -5ºC of late. Despite this enveloping December warmth, making turmeric milk for a relaxing evening drink or an invigorating morning imbibing should not be a question of ‘if’, but a question of ‘when’. For me, the answer to that question will be today. Enjoy. 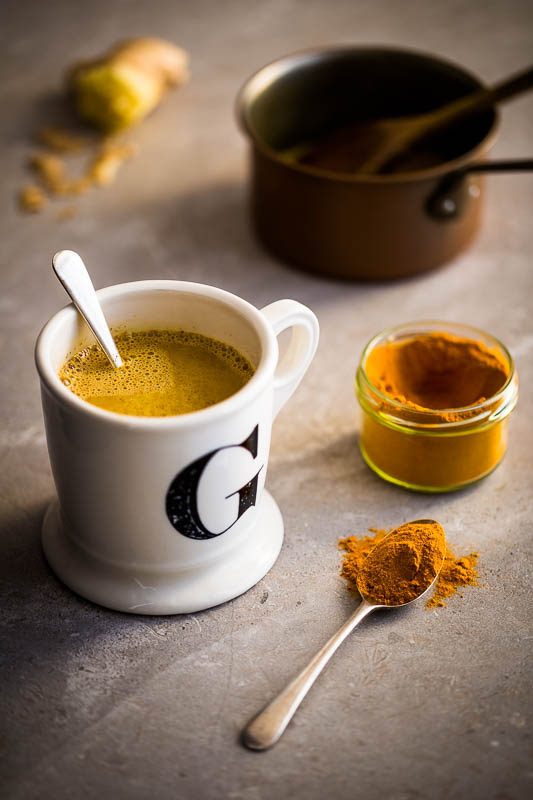 Add all of the ingredients to a saucepan, bring to the boil, stirring occasionally and simmer for 3 minutes.

Pour into your mugs and enjoy.