Today I’ve got a fantastically filling, Indian influenced, chunky butternut squash and lentil soup with chickpeas that will keep your tummy filled, your body fuelled and your cockles warmed throughout the coldest days of the winter.

I’ve just returned from a truly beautiful holiday in Goa, India, where I spent three weeks doing yoga, laying by the sea, reading and travelling across the width of the country to the eastern city of Ranchi, to visit my 93 year old, Canadian resident great uncle. I rarely see him, as we’re separated by 4,368 miles and the Atlantic Ocean, but we had both travelled to India for our Christmas breaks this year, so travelling a mere 1,200 miles across India to see him was the itinerant equivalent of popping down the road to meet for a coffee. We had a lovely time and I hope I’m still flying to the opposite side of the world on my holidays when I’m 93.

Meeting people, such as my great uncle and the plethora of strangers along the way made my holiday fabulous, followed closely by food. I travelled alone, which is a sure fire way to meet lots of new people. Whether I was on a train, a plane, queueing at the ATM, or just laying on the beach, I seemed to be chatting to a new friend. I now have new friends in LA, Germany, India and Brighton plus a load of Londoners, who were around every corner. Holidays seem to bring out a sense of reckless social abandon in people, where they talk openly and freely with strangers about the depths of their soul in a way they would never dream of doing when back at home. It opens up some incredibly interesting conversations about life and our existence. 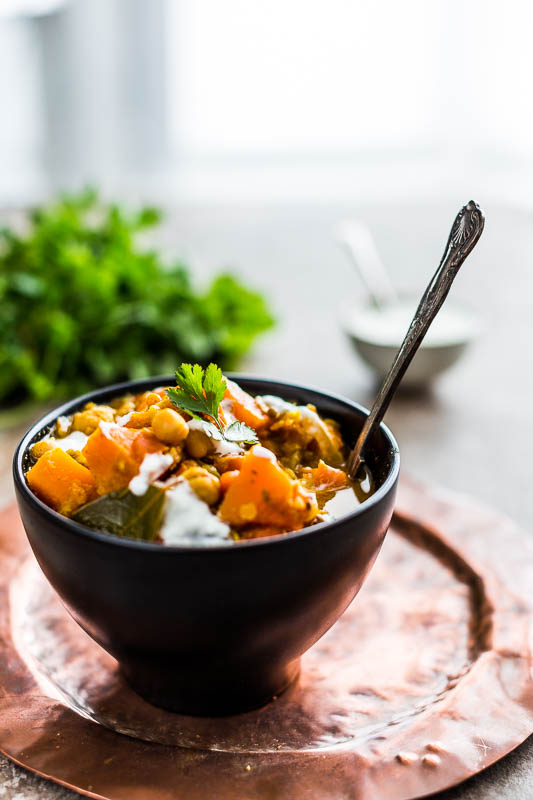 Of course, this is a food blog, not a relationship or psychology blog, so I’ll get back on track for you. For the record, I absolutely adore Indian food, especially the really good, fresh, authentic stuff that seems to be rare in the UK. I simply can’t get enough of it. Even after three weeks away I was merrily chomping down on three Indian meals a day without experiencing any overwhelming desire for steak, a cup of proper tea, marmite, a cheese sandwich, a pint of bitter or any other foods that people have since told me they crave during a holiday. The fact that none of these aforementioned foods feature in my diet probably has something to do with it.

Moreover, whilst in Goa I was eating largely vegetarian food, laden with spices and flavour, plus lots of fruit and the occasional piece of fish. This is precisely what my home diet is like. The only addition was bread, in the form of chapati, puri, paratha or naan, which were served at every meal. I don’t normally eat bread, especially if it’s made form regular wheat, however freshly cooked bread is a culinary delight and I simply cannot resist when it’s put in front of me.

The Good, the Bad and the Incroyable.

The main infractions into my pesky pescetarian diet was a sneaky KFC at Delhi airport and a few slices of bad pizza at a beach restaurant, after a friend decided it was crap and had no interest in eating it. I can’t see food go to waste, good or bad, so I dived in, purely in the interests of seeing what ‘bad’ pizza is like. At the other end of the scale, I had the Thali du Chocolat at La Plage, Ashwem, twice, because it’s an utterly fabulous, monumental dessert to share which features NINE different chocolate creations. Truly epic. 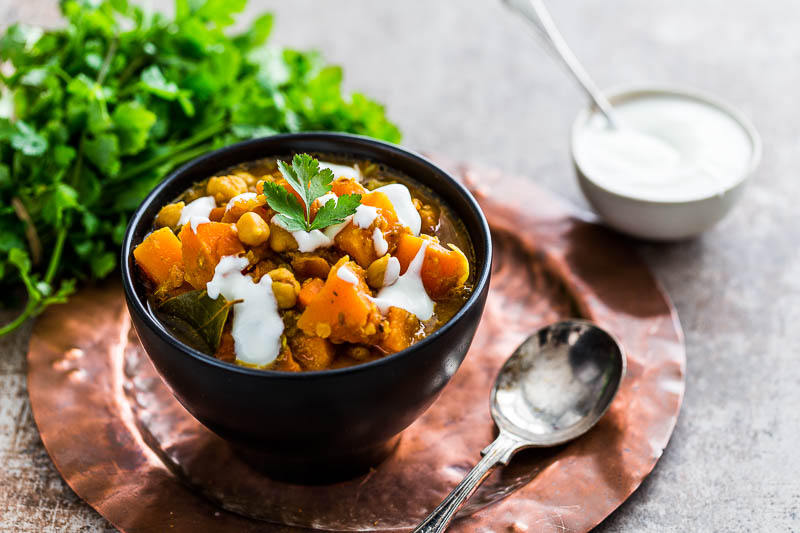 How to Cook… Indian Style.

Whilst staying at Banyan Tree Yoga in Goa I took a cooking class, where I learned some little secrets to Indian cooking which really fired up my world with slightly different ways to do things. One of my pet hates is preparing ginger, peeling it is awkward, grating it is troublesome, chopping it is a PITA. One of the dishes we made during the class featured blended garlic, ginger and oil, which to make a paste that was then added to the recipe. This is awesome and my new top tip, as it dispenses with chopping and dicing both garlic and ginger.

I got back to the UK last week and went straight to my parent’s house in a daze to collect my dear little pooch, Bernard, who had been staying with them. My mum fed me with a bowl of homemade butternut squash and chickpea soup, which immediately become my inspiration not only for this recipe, but also my lunch for the rest of January.

I love soups which are filling and sustaining, I want them loaded with goodness and hearty ingredients. This chunky butternut squash and lentil soup is a meal-in-a-bowl which virtually becomes a stew, as the liquid part is almost entirely soaked up by the lentils, chickpeas and squash. The Indian influenced spices have come in to play, featuring a warming host of flavours which will warm your cockles even when the temperature’s so cold that the central heating doesn’t. It’s so good that it’s my lunch bowl for the next three weeks, yes, I’ve just made a triple batch of this, giving me a happy fridge and freezer full of lunchtime joy. 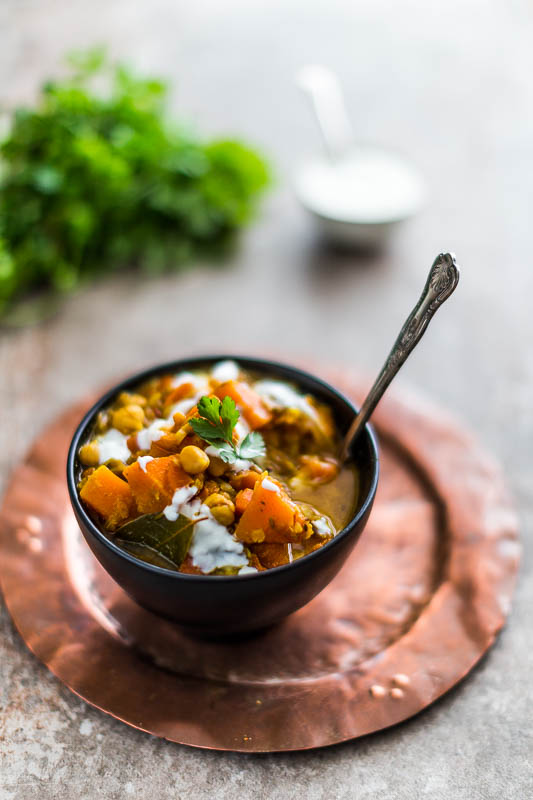 2 onions, peeled, quartered then sliced.
2 carrots (250g), peeled and diced.
1 tablespoon oil (use whatever you like, vegetable, coconut, groundnut etc)

Add the spices to the pan with the onions and fry for another couple of minutes. Add the garlic and ginger puree and stir through.

Put the lentils, chickpeas and stock into the pan, bring to a gentle simmer and cook for 15 minutes, uncovered.

Add the squash to the pan and simmer for a further 30 mins uncovered. If it becomes very thick, then add a little more stock, 100ml at a time.

Once cooked, serve in bowls, drizzle some yoghurt on top and scattered with chopped coriander.