This recipe for BBQ courgette features beautifully charred vegetables topped with creamy smoked labneh and a tangy, fresh, minty dressing to liven it all up. It makes for a fantastic summer side salad or vegetarian option at your BBQ and will have any meat eaters drooling with jealousy.

I’m going to put myself out on a limb today, especially as a food blogger. We’re at the fast acting, quick to publish, cutting edge of food trends, being in a position to react with real speed to any changes in the culinary world. We’re the ones who carry new trends forward and sustain them, we’re the ones who propagate all the ditzy and unfounded nutritional developments around wellness and the latest look-good food trends. So my big challenge to the establishment today could be seen as the act of a turncoat, putting my back to the world of food blogging. The admission? I don’t like spiralizers. There, I’ve said it. In fact, I think I might have said it before, but I felt the need to re-iterate it, because I just cannot see the point in them.

Call me a traditionalist, in fact, call me old fashioned, but I’m more than happy to prepare my vegetables only using a knife. I have a long standing dislike, or borderline hatred of unnecessary kitchen gadgets. I try to choose the items in my kitchen with considered thought, carefully weighing up the merits of an item before I am prepared to add it to the arsenal of my kitchen. If I have a feeling that an item will simply be used for a few weeks then sit in the cupboard for the rest of eternity, then I don’t even want it in the first place. Examples of these devices are sandwich toasters, yoghurt makers, ice cream makers, bread makers, spiralisers and Jamie Oliver’s poor old flavour shaker. 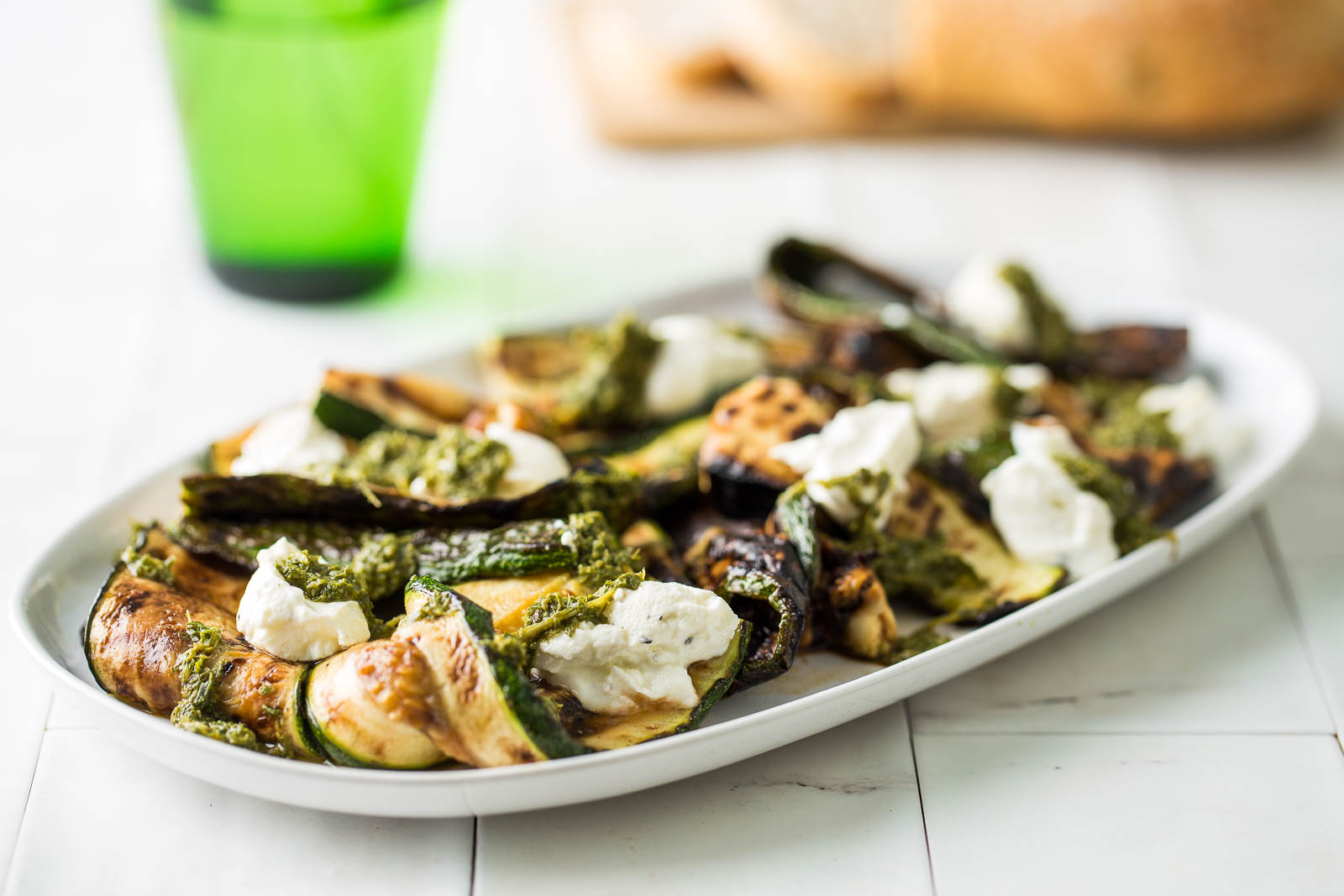 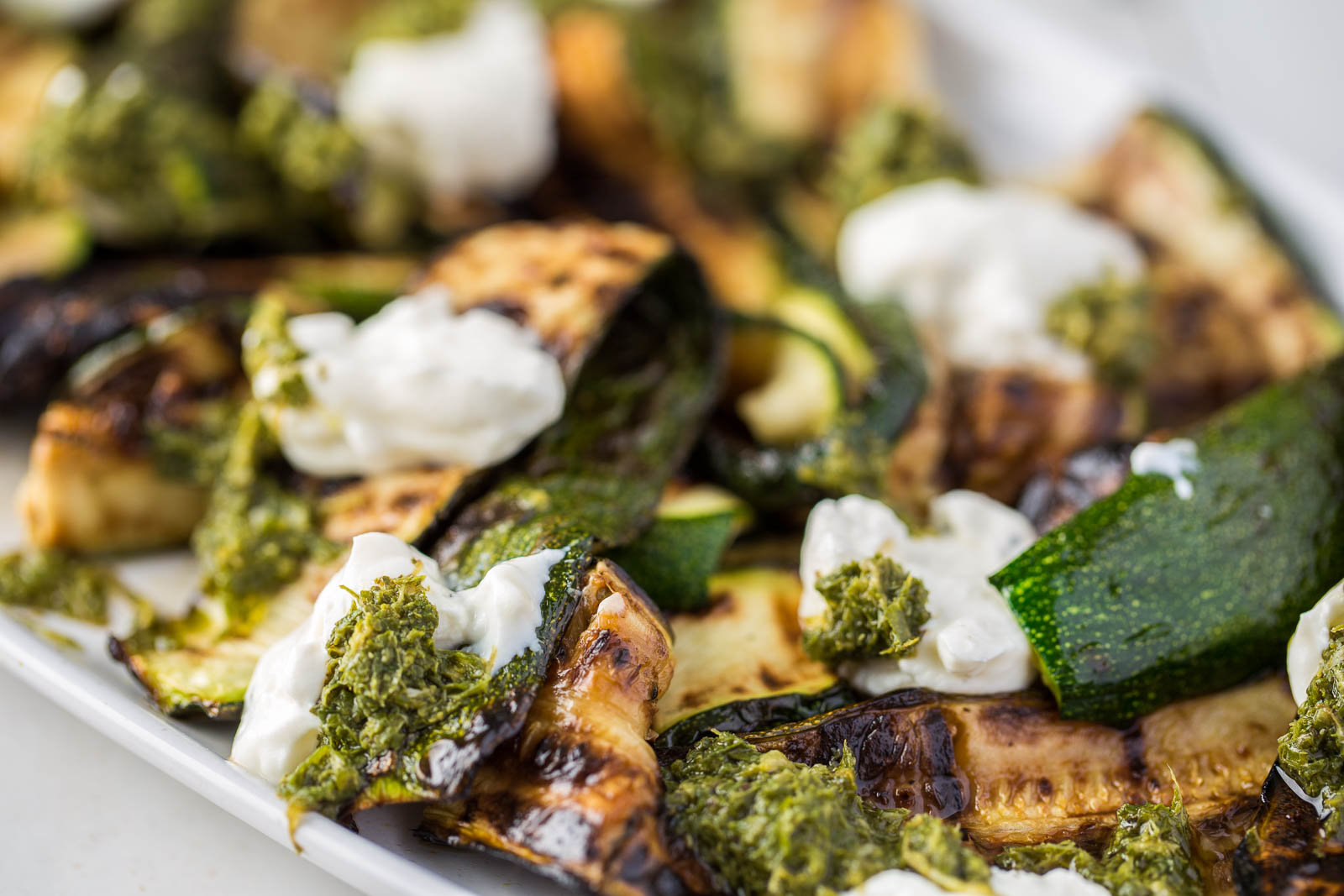 It’s a delicate situation on all fronts, because there are devices which I would never dream of buying, yet upon being gifted them, they became utterly indispensable. The perfect example is the set of Eddington’s Citrus Squeezers, which are simply the most amazing and efficient way to get juice from your fruit, a point which I proved in my YouTube video on the subject. When it comes to the produce itself, I’d be happy to eat spiralised vegetables if they were presented to me as part of a balanced, nutritious meal, but I have absolutely no desire to create them in my own home. Nor do I want to have the burden of taking my spiraliser to a charity shop in 5 years time when I have a kitchen spring clean and realise it was, in fact, a useless piece of faddish junk popularised by a peculiar desire to avoid carbohydrates. 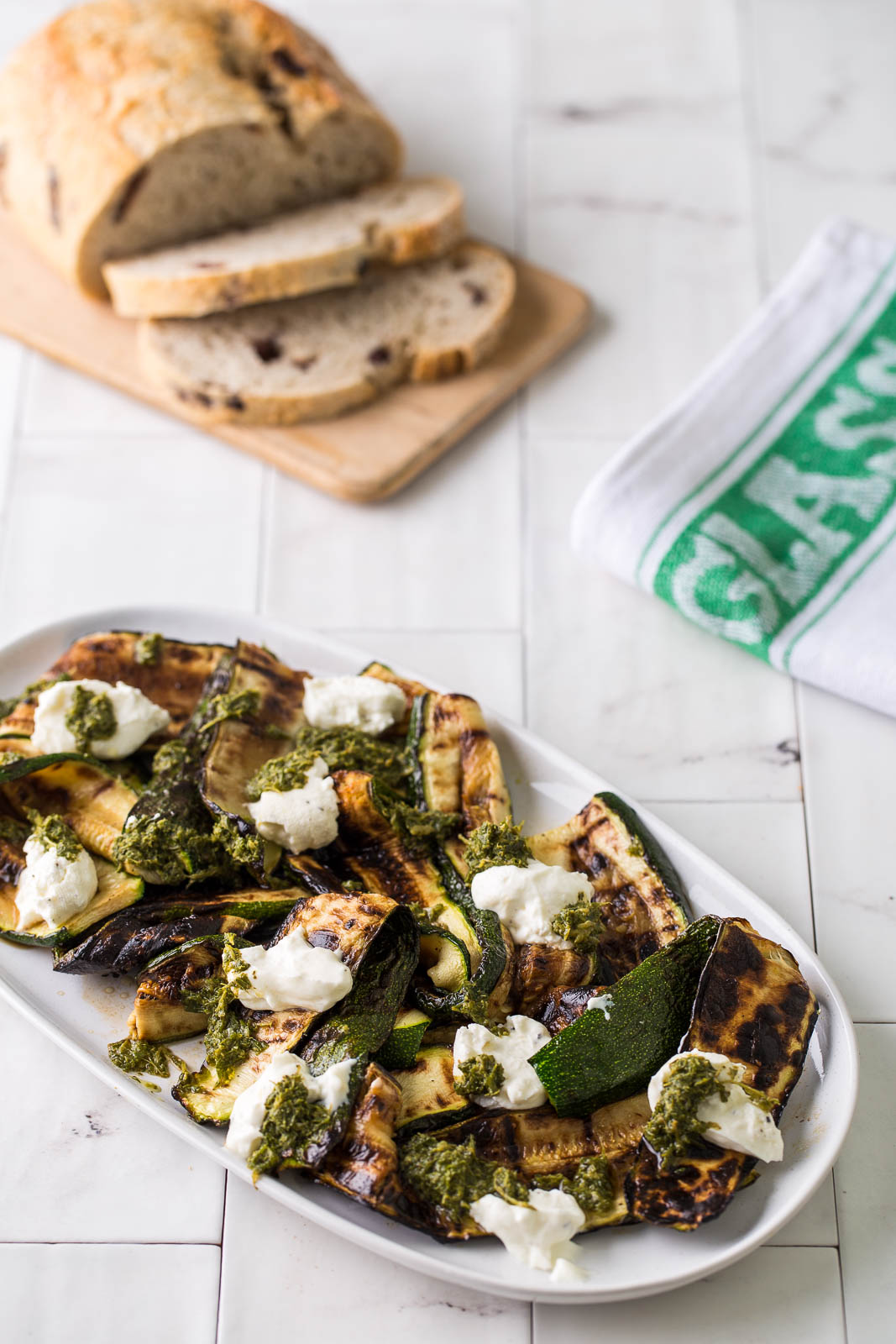 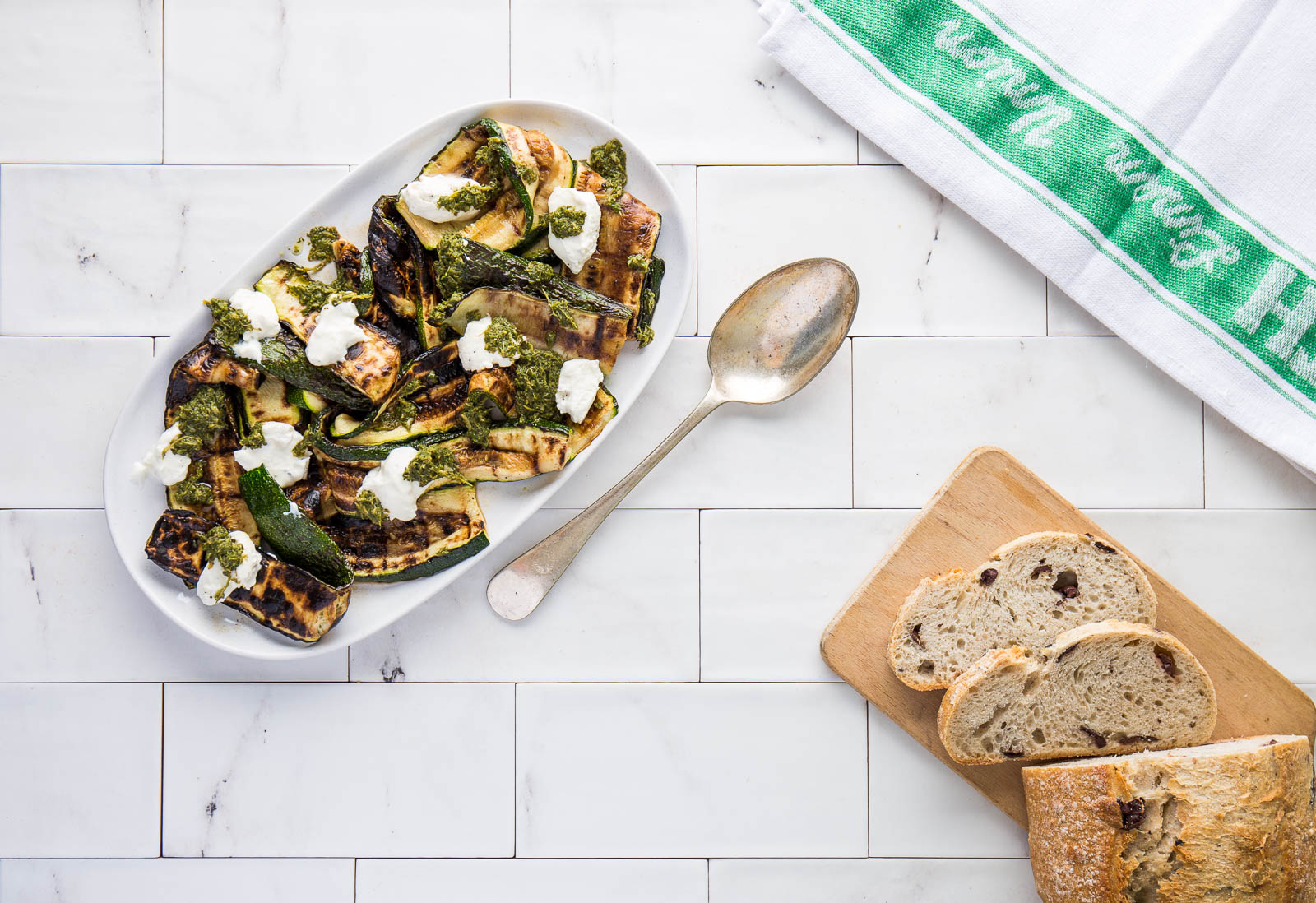 Spiralisers are at the forefront of my mind because today’s recipe is about courgettes, the poor unwarranted victims of the spiralisation craze. Courgettes are one of those summery vegetables, which when homegrown appear in enormous gluts, whereby you have to eat them at every meal to work through the backlog. Having an abundance of such lovely fresh vegetables is no hardship though, as long as you can keep your mind moving quickly enough to think of ways to use them all.

Today’s recipe is a beautiful summer dish which can be deployed with varying levels of involvement. Courgettes epitomise the summer as does the BBQ, hence the resulting pairing that brought this recipe for BBQ courgette into life. In a further fit of BBQ fuelled madness and smoking, I also opted to smoke the labneh for this recipe, which was an inspired decision because it tastes bloody awesome. However, I do realise that smoking labneh could be a little bit too involved for most people, so feel free to omit that stage and just go with good old labneh, because in itself it’s such a lovely ingredient and enough to carry this dish along. 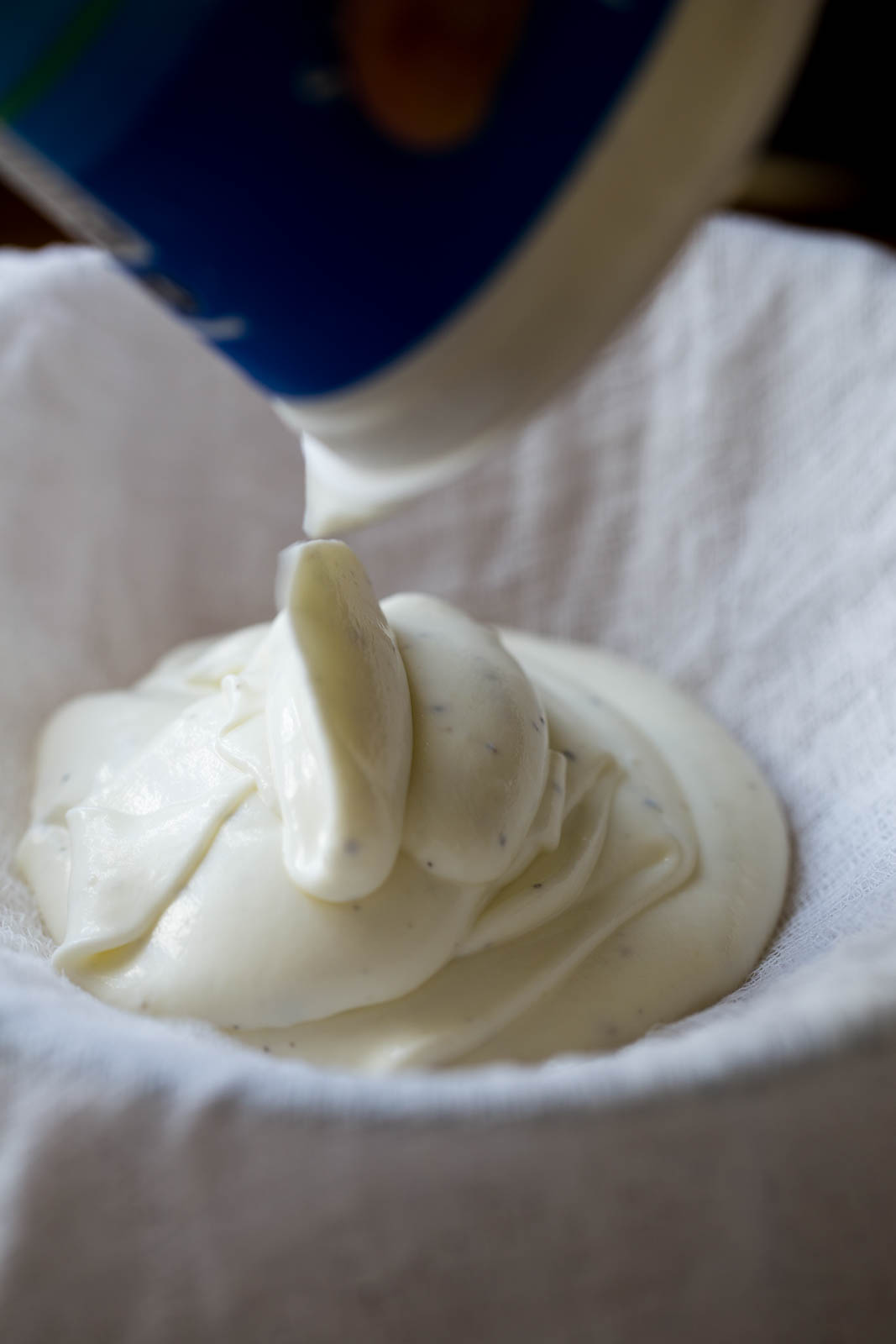 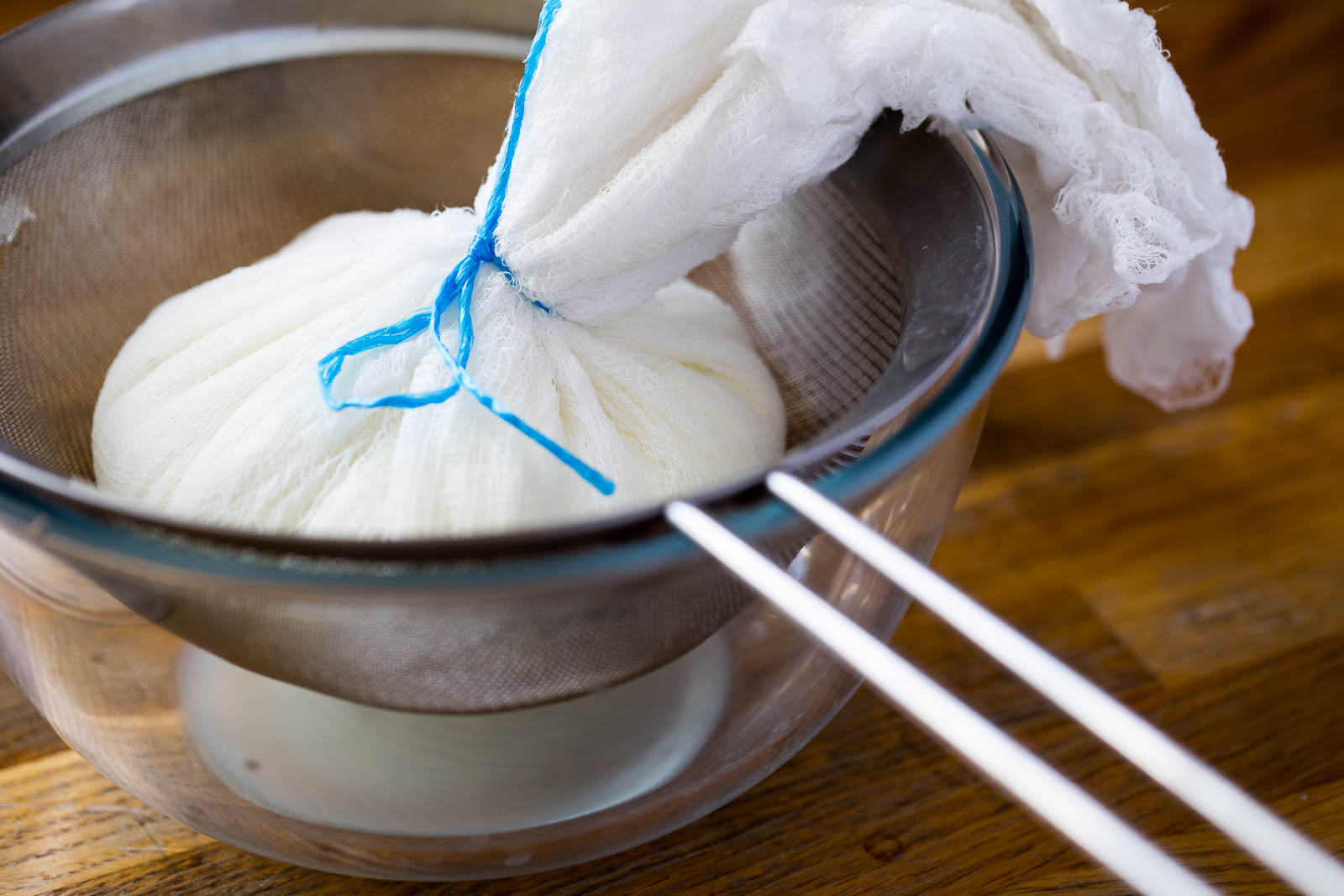 Sun’s Out? Fire up the BBQ!

Cooking the courgettes can be done either on a BBQ or on a griddle pan on the stove. Of course, BBQ courgette will have more charred smokiness, however it’s by no means vital, but if you do decide to use the BBQ to prepare this dish, then, whilst it’s on the go you could have a try at smoking some labneh, because it does’t need much time, just a 15 minutes or so in the BBQ, smoking away, is enough to impart a nice and delicate smokey flavour, which is all I wanted to achieve. It was never meant for kipper-esque levels of smokiness, merely a hint of smoke to carry through the dish.

This dish has three separate elements (courgette, labneh and the dressing) which can all be prepared in advance, then compiled into a stunning dish at the last minute, removing the chance of any final wobbles in preparation as you just have to pour it all onto a plate, the messier the better. 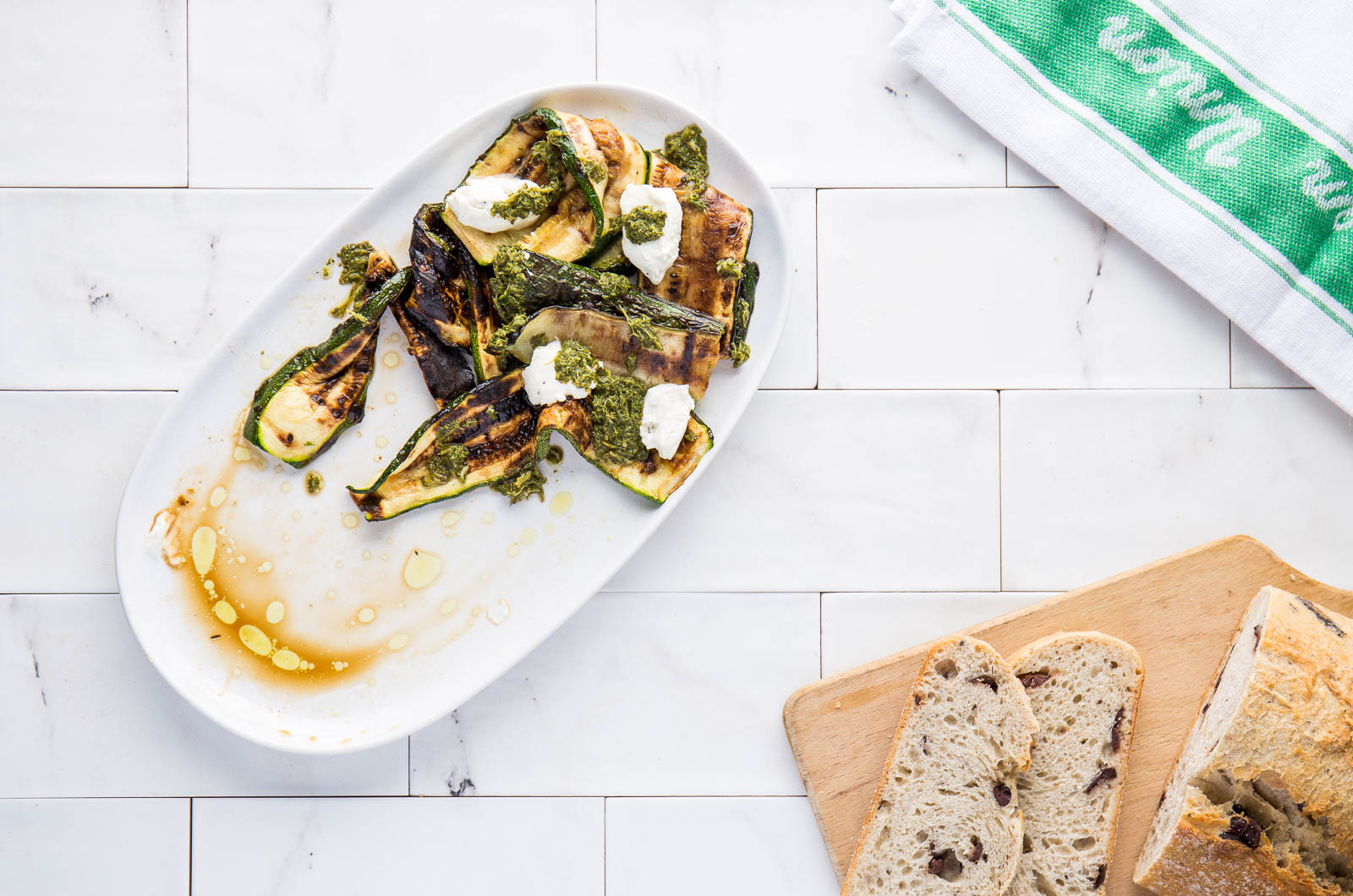 At least 4 hours before smoking the labneh or serving (if you’re not smoking it), stir the salt and pepper into your yoghurt. Place your cheesecloth in a sieve over a bowl, making sure there are a few layers of cloth lining it and plenty of fabric hanging over the edge of the sieve. Pour all of the yoghurt into the cheesecloth, then gather the ends up and tie them up. Place in the fridge and leave to drain for minimum 4 hours and up to 24. If you are going to smoke it, you will also need to soak your wood chips in water for one hour before they’re ready for use.

If you are going to make this with BBQ courgette, fire up the BBQ now, or heat your griddle pan over a medium heat for 5 minutes. Rub the olive oil over your courgette slices then cook them on your BBQ or griddle, turning only once, until charred on both sides and cooked through. Place the pieces in a bowl covered with cling film.

If you are going to smoke your labneh, do so once it has strained for 4 hours. Using some long tongs, move the charcoal to make some space and place a small metal tray of water underneath the grill on your BBQ. Put a few wood chips on the coals and then place the cheesecloth bundle of labneh on the grill over the water bowl, then place the lid on your BBQ with the top vents open. Try to maintain a gentle trickle of smoke from the BBQ, but don’t worry about keeping the temperature too high, as we’re not cooking anything, we just want some smoke. Leave for 15-20 minutes, adding more wood chips if the smoke subsides, then remove the labneh and place in a bowl and refrigerate.

To make the dressing, place the garlic clove and a pinch of salt in a pestle and mortar and grind to a rough paste. Add the mint leaves and grind further until it’s all formed a paste. Add the oil and vinegar and stir together, you should have a thick, minty sauce.

Now that all your components are ready, you can compile the dish. Get a large platter and lay all of the courgette slithers on it, scrunching them up and twisting them a bit to get some height and texture. Now drop blobs of labneh all over the plate until it looks good, followed by dribbling the dressing all over it. There may be excess labneh and dressing, which should be served alongside the platter, I can guarantee the labneh will all get eaten up! Your dish is now ready to be served!